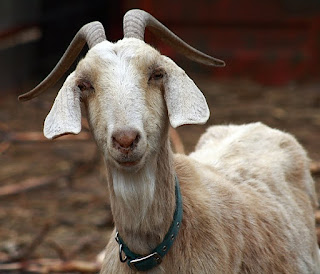 Democrats Truly Are the Party of Death

* The House passed the Born-Alive Abortion Survivors Protection Act, which says any infant born alive after an attempted abortion is a "legal person for all purposes under the laws of the United States." Doctors would be required to care for those infants as a "reasonably diligent and conscientious health care practitioner would render to any other child born alive."

* The Dire Debacle of "Green Energy"

Expensive energy equals more sickness and death. And this is totally avoidable. Responsibility lies with the anti-human environmental movement:

The current heating crisis is a direct consequence of “green” policies that have pushed up the price of energy in developed economies. An irrational insistence to transition to wind and solar has increased prices and reduced reliability of energy supplies. Blackouts like ones experienced by millions over the Christmas weekend are a serious threat to lives.

But human life and well-being are not valued by the Left. It is up to the rest of us to try to stave off the human disaster that “green” energy threatens. (Power Line)

* A Pittsburgh children's hospital is under fire after its gender program navigator advocated for helping transgender women get pregnant by giving reproductive organs to them from live donors.

In a presentation on "Fertility in the LGBTQIA+ community" last May that went viral this week, the community navigator for a youth gender program at the University of Pittsburgh Children's Hospital discussed the criteria the medical community uses for gender transition in adolescents, as well as a 2018 study on uterine transplants for transgender patients.

"One area that had not been looked at before in any serious way was could the donors be live donors?" Alicyn Simpson, who works with the hospital's pediatric Gender and Sexual Development Program, asked. "Live donation has been something the [transgender] community has talked about for decades, it was really thought about as magical thinking."

Simpson said that trans men "assigned female at birth" would discuss the possibility of giving their reproductive organs to trans females. "Well I have these parts, but I don't want them. You want them, you need them. So what if I gave them to you? How would that work?' And apparently, based on their research this is actually viable," Simpson proposed. (Fox News)

* Loudoun County in northern Virginia is the epicentre of the parents’ rights movement in the US. School officials in Loudoun have aggressively pursued a cultural agenda, introducing children to ideas about critical race theory and gender-identity ideology, over the heads of parents. An enduring image from that battle came from a raucous Loudoun school-board meeting in June 2021, when Scott Smith, a father of a high-school student, was wrestled to the ground by police and arrested. Smith was angry that school officials had remained silent about the rape of his daughter in the girls’ bathroom by a ‘genderfluid’ teenage boy wearing a kilt.

That image of Smith being arrested was used by the media to portray the parents’ movement as extreme and violent. The National School Boards Association cited Smith’s arrest in a letter it sent to President Biden in September 2021, which called for protesting parents to be treated akin to domestic terrorists. In turn, that letter spurred attorney general Merrick Garland to direct the FBI to investigate threats against school officials and teachers.

Smith and other protesting parents have now been vindicated. A special grand-jury investigation found last month that Loudoun school administrators attempted to cover up two sexual assaults in the district, both committed by the same ‘genderfluid’ boy. Following the publication of the grand jury’s report, Loudoun schools superintendent Scott Ziegler has been fired. He also faces three criminal indictments.

The grand-jury report is scathing about Ziegler and other officials: ‘We believe that throughout this ordeal LCPS [Loudoun County Public Schools] administrators were looking out for their own interests instead of the best interests of LCPS.’ The cover-up began right from the start. After his daughter was sexually assaulted in May 2021, Smith went to Stone Bridge High School to get answers, but was escorted out of the building by administrators. Ziegler then sent a letter to parents warning them about Smith, while leaving out any mention of the rape in the bathroom.

A month later, at that infamous school-board meeting where Smith was dragged out, Ziegler was directly asked whether any students had been assaulted in school bathrooms. ‘To my knowledge, we don’t have any record of assaults occurring in our restrooms’, he replied. That was a lie, says the grand jury. And the rot ran deep – not only did Ziegler know, but so did other administrators. Board members kept quiet at that noisy June meeting, despite knowing that Ziegler’s response was false. (spiked!)

Drag Queens in the Schools, Libraries and Now Your Zoo?

* The "Drag Show" phenomenon—in which adult men dress up in scantily clad women's clothing, gaudy makeup, and often wear female prosthetics to mimic women—has evolved past adult night clubs and forced its way into children's spaces under the guise of "family-friendly" events. Despite what the hosts of these events would have you believe, there is nothing family-friendly about them. Simply put, they are glorified strip shows and they are giving your kids a front row seat to watch.

I first exposed these predatory events last year at the "Mr. Misster" Bar in Dallas, Texas, which brought national attention to the issue. Like the majority of "family-friendly" drag shows, the Mr. Misster event featured performers that stripped and danced in front of kids, all while the parents sat back, sipped their cocktails, and handed dollar bills to their children to tip the drag queens on stage.

Despite widespread criticism of this event, "family-friendly" drag shows have spread like wildfire across the country and made their way into Drag Queen Story Hour at your local library and most recently the Los Angeles Zoo and Botanical Gardens. (Fox News)

The Leftists Now Want to Mask & Diaper Your Cows

* A Tennessee farmer condemned the idea of forcing cows to wear masks and diapers to contain their methane emissions, saying the people who came up with the idea have "gone to loony town."

French dairy giant Danone announced in mid-January it is considering putting masks on cows to trap their burps in an effort to reduce methane emissions by 30% come 2030. In the future, cows could also be forced to wear diapers to trap their flatulence.

Are You Conservative? Then Forget Teaching as a Career

* That the Left has taken over public education (and most private education) in America is common knowledge. But the extent to which it has solidified its grip, and is in the process of driving out all non-conforming thought, may not be.

This is the kicker: in order to teach in Minnesota, you will need to sign on to theories of “power, privilege, intersectionality, and systemic oppression,” and teach students to be left-wing activists...

Consistent with the local curriculum and state and local academic standards, the teacher creates demonstrates the ability to create opportunities for students to learn about power, privilege, intersectionality, and systemic oppression in the context of various communities and empowers learners to be agents of social change to promote equity.

So unless a prospective teacher promises to inculcate students in trendy far-left dogma, he or she won’t be licensed in Minnesota. We all know that our country is in trouble, but the rot goes far deeper than most realize. (John Hinderaker)