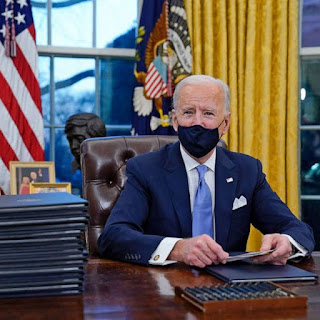 Among the many outrageously immoral and socially destructive actions taken by your administration (requiring taxpayers to pay abortionists, eliminating conscience and free speech protections, funding terror-spreading nations, encouraging lawlessness in our nation’s cities and along our southern border, and so on), the audacious insistence of your administration to force even religious schools to make dorm rooms and bathrooms “unisex” may be the most irrational, mean-spirited, and tyrannical yet.

This remarkably bad policy came straight from you, Mr. President, and with the White House announcement coming so early in your tenure (as did your abortion zealotry), reveals how perverted are your priorities and how desperately despotic are your actions against the Constitution, against religious freedom, and against the sanctity of human life and family.

May God awaken your own conscience, perhaps by recalling to your heart the teachings of the Catholic Church that you are now so callously treading underfoot. May the Lord graciously persuade you to quickly (and thoroughly) repent and begin to repair the great damage you have already wrought. 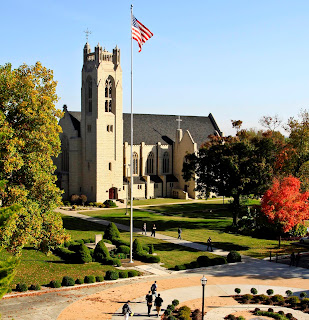 We are pleased to learn that some are not yet giving in to your unfair and foolish demands.  For instance, we stand with Dr. Jerry Davis and the College of the Ozarks in their lawsuit against the Biden H.U.D. Department’s bizarre dictum regarding shared bathrooms and dorm rooms.  As Dr. Davis has said, “Religious freedom is under attack in America, and we won’t stand on the sidelines and watch. To threaten religious freedom is to threaten America itself.  College of the Ozarks will not allow politicians to erode this essential American right or the ideals that shaped America’s founding.”

We completely agree and have promised to pray for and actively support the College of the Ozarks in their defense against the Biden administration’s draconian overreach.  We will also be passing the word to others about your administration’s many anti-Constitutional moves.  And, of course, we will keep you and your colleagues in our prayers too as we ask the Lord to deliver you from the ideological irrationality to which you are now beholden. 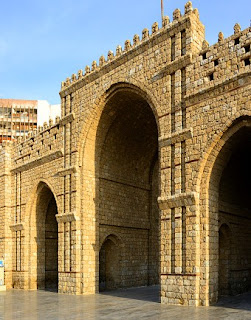 * "The Monster Is in the Classroom: Schools indoctrinate children as young as eight in race and gender essentialism." (Erika Sanzi, City Journal)

The Prodigal Son: The Latest in VSM's Sunday Afternoon Series 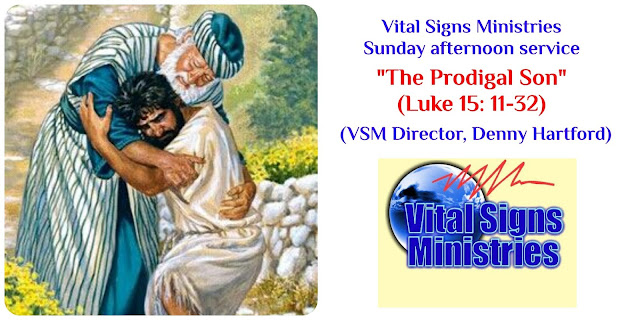 As many of you know, the newest outreach of Vital Signs Ministries is our conducting an informal church service every Sunday afternoon at Aksarben Village Assisted Living. And we are profoundly blessed that those services have gone so well.  Last Sunday's service, for instance, saw 20 residents join Claire, Patrick, and me for a time of prayer, 3 wonderful music videos (which are projected onto a large screen and played through our speaker system), a 15-minute Bible lesson, and then almost an hour of visiting over coffee and cookies afterward.

Links to the video of last Sunday's sermon as well as links to the songs we provided are below.

The sermon: "The Prodigal Son"