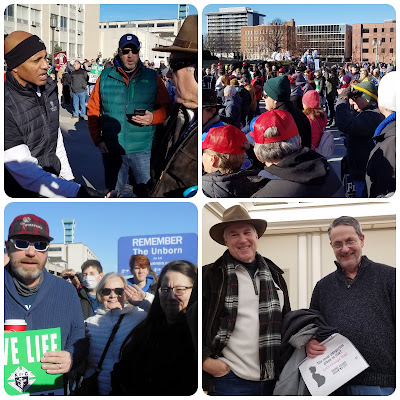 Now in trying to name the dear friends we saw today at the Walk for Life in Lincoln, there's clearly a problem. And that's because of the mask mandate applicable to the Capitol City, we probably saw a lot of old friends without really knowing who they were! Nevertheless, I'll give it a try.

First of all, the Vital Signs Board members present included Quint (and Carol) Coppi, John Malek, Patrick Osborne, Keith (and Carol) Moran, Allen (and Cindy) Nelson, Karla Struble, and Mary Roberts (and daughter McKayla). And from our church (Grace Bible Church) there was Stephen Goodspeed, Chester & Amy Davis and their 5 kids, and our pastor Dan Hauge. 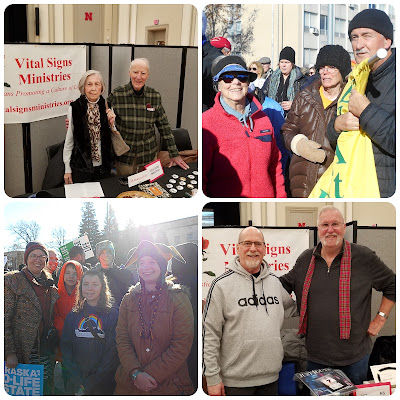 Others? Well, among the Nebraska pro-life leaders there was Chuck Conrad, Barb McPhillips, Julie Lostroh, and Nebraska Right to Life President, Sandy Danek.

And what a crowd -- easily one of the biggest ever. 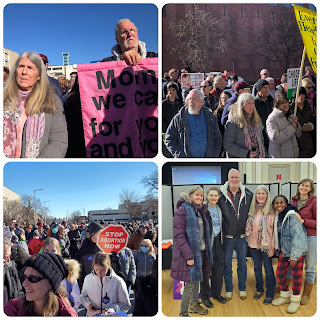 The political leaders present were many and most of them had stirring remarks to deliver to the crowd. The guest speaker, actress Ashley Bratcher, was outstanding. And the numbers coming by the Vital Signs booth to chat awhile and take away free copies of terrific pro-life material -- well, that was great.

Thank you, Nebraska Right to Life and pro-life champions from around the state for making the 2022 Walk for Life such a winsome, prayerful, and effective statement for the sanctity of human life.

And yes, if you would like to hear the speeches (and I especially recommend Ashely's talk given at the UNL Student Union), please check out the videos uploaded onto the Nebraska Right to Life Facebook page.

The January Vital Signs Letter: A Wrap Up, a Preview, and a Close Call 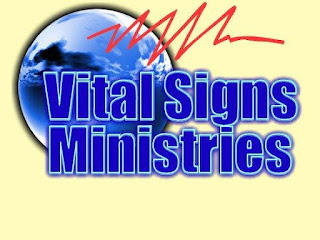 The January edition of the LifeSharer letter, Vital Signs Ministries' monthly essay sent to friends and supporters is on the VSM website right here.

Included in the letter is a review of our bountiful Yuletide activities, previews of the upcoming Walk for Life and our next Book Brunch, and then a description of a dangerously "close call" we experienced while peacefully protesting abortion.

We Remember. We Mourn. And We Rededicate Ourselves to the Fight for Life. 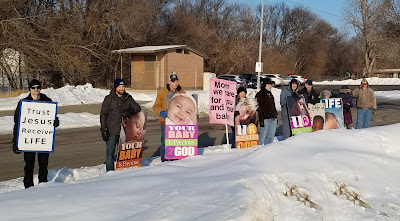 On this anniversary of the tragic and woefully unjust Roe v Wade Court decree, we joined friends this morning in praying outside the abortion business in northwest Omaha.

We prayed, reflected on the many decades we've been fighting to promote the sanctity of human life, and gave a winsome, colorful witness to those driving by. Lord, please lift from our nation this wicked and barbaric scourge. 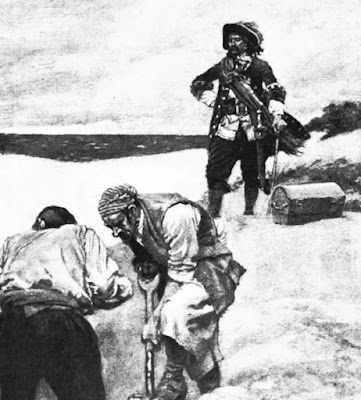 * "Americans are Being Sold Out by Government Insiders" (Betsy McCaughey, The Stream) 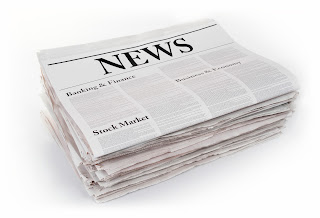 What's Really Going On? (The Latest Batch of Must-Read Articles) 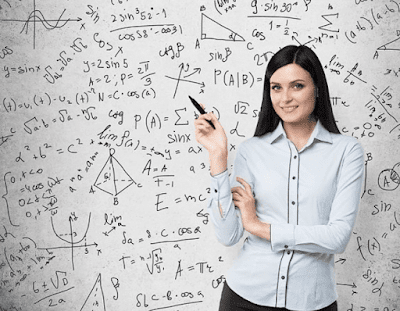 * "Insurrections and Double Standards. Reveling in the anniversary of the Capitol riot, Democrats and the media dubiously brand it a right-wing “insurrection”—while ignoring the urban anarchy that began in May 2020." (Heather MacDonald, City Journal)

100 Years Ago, Chesterton Wrote a Book for Today 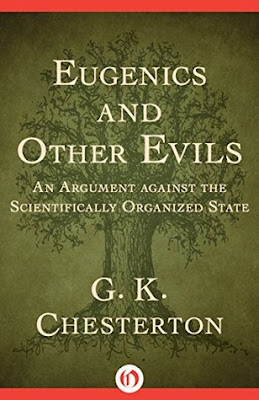 The next Vital Signs Book Brunch is scheduled for Saturday morning, February 19th at 10 o’clock. And unless there’s too many to handle, it will be at our home. The book under discussion will be Eugenics and Other Evils by G.K. Chesterton.

This fascinating, enlightening, and well-written 185-page book is more relevant today than it was when first published exactly 100 years ago and I’ve no doubt that both the reading and the discussion will be of great value to you.

1) The book can be easily and cheaply found. Indeed, Kindle readers can download it for free.

2) RSVPs are of serious importance.

3) And please – read the book! It’s still a wonder to me how so many people love the idea of joining a book club, yet cannot be bothered with actually reading the books. Sigh. 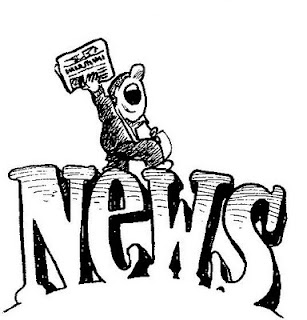 * "The ungracious --- and their demonization of the past" (Victor Davis Hanson, Jewish World Review)

* "CNN shifts COVID narrative to ‘what many independent-minded Americans have been thinking’ all along" (Brian Flood, Fox News) 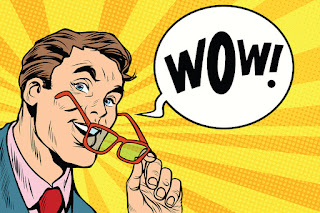 * "Is Biden's Legacy Really Going to Be the Dismantling of Democracies and the Free World?" (Richard Kemp, Gatestone Institute) 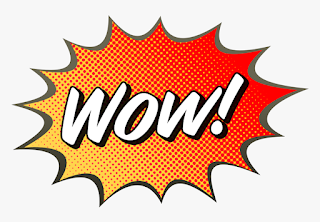 * "'While Reagan healed the sick, Biden has infected the healthy!' -- The Gipper's top economist Art Laffer slams Joe Biden for doing 'exactly the opposite' of what's needed to tame inflation, as it rises to 7% - the highest for 40 years" (Keith Griffith, Daily Mail)

A Perfect World? It's Coming!

The final song in our next “When Swing Was King” program is Judy Garland’s gorgeous 1939 rendition of “Somewhere Over the Rainbow.”  It is, as you well know, a hauntingly beautiful song, one that underscores the human yearning for home, beauty, innocence and wonder.  Our audiences love it…and we do too.

Nevertheless, it must be said that when the song ends, the listener is left only with the yearning, a sweet wishful longing that there might be a place of safety and bliss “somewhere over the rainbow” instead of this dark, troublesome, and increasingly decadent world we live in now. Actually, there are many songs that touch our hearts in this same way, songs that resonate with our oh-so-human longing for beauty, love, purity, peace, perfection.  “There’s a Place for Us.”  “Somewhere, My Love.”  “Rainbow Connection.”  “A Summer Place.”  “Up, Up and Away.”  “Moon River.” “Bali Hai.” “There’s a New World Coming.”

What is behind this? I believe Randy Alcorn points to the answer in his marvelous book, Heaven. Writes Randy, “We are homesick for Eden. We're nostalgic for what is implanted in our hearts. It's built into us.”  He adds, “Desire is a signpost pointing to heaven…I’ve never been to heaven, yet I miss it. Eden is in my blood. And the best things of earth are souvenirs of Eden, appetizers of the New Earth.”

Donald Bloesch in his Theological Notebook (1989) writes, “Man’s greatest affliction is not anxiety, or even guilt, but rather homesickness – a nostalgia or ineradicable yearning to be at home with God.”

I couldn't agree more with these remarks. Indeed, two of my favorite authors C.S. Lewis and G.K. Chesterton also speak of his matter eloquently and often. The undeniable fact is that man is created in the image of God and is wired for paradise. We lost Eden through sin but God, in His great mercy and to glorify His Name, has offered mankind something even better than Adam’s garden. Through the promise of the gospel, the Lord offers us the wholeness, security, love, and bliss which will be ours forever in the New Jerusalem. Wow. And wow again.

So, while I certainly wouldn’t suggest you stop loving songs like “Moon River” or “Somewhere Over the Rainbow,” I do urge you to remind yourself often of the rock-solid reality that is our eternal inheritance, one that the apostle Peter describes as “imperishable and undefiled [which] will not fade away, reserved in heaven for you.” And, in celebration of that immeasurably wonderful home that awaits us (a home that our Lord Jesus is personally creating and customizing for us!), may I offer you a song full of confident, joyful expectations of that stronger, weightier, infinitely more beautiful home beyond. Take a couple of minutes and listen to "I'll Fly Away."

So, How's Our "Little Church" Going? 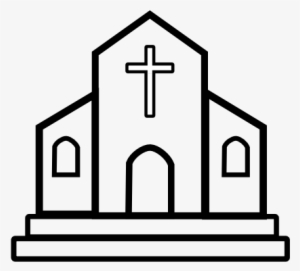 Yesterday was our first Aksarben Village church service of the new year and it was a delight – a splendid example of how valuable an element of Vital Signs Ministries this has become since we started it last February.

True, the congregation is smaller than at our highest point as the fears of the virus, the hassles of the protocols, the fact that members of the memory unit are not longer allowed to attend, etc. have all taken their toll.  There is also the reality that we’ve lost 2 of our congregation to more intensive nursing facilities and 2 to the welcome of heaven itself.

Still, we had 12 of our friends on hand for yesterday’s worship service (plus 4 of us from Vital Signs) and we had a wonderful time with an Epiphany-oriented sermon about the magi’s worship of the Messiah and 3 terrific music videos.

That’s how we do church service here and both we and the Aksarben residents love it.  I search high and wide for inspirational music presentations from various formats, ages, and places around the world.  And, since we pass around handouts each week with the song lyrics, several of the residents join in the singing.

Yesterday’s selections?  “On Christ the Solid Rock I Stand” performed acapella by The Allen Family down in Branson; “Is He Worthy?” beautifully performed by a small youth choir from Charity Baptist Church in Inchon, South Korea; and “Turn Your Eyes Upon Jesus” performed at a Great Hymns Concert in Cape Town, South Africa by Loyiso Bala, Neville D, and the late Ivan Siegelaar.

And, as always, our ½ hour service is then followed by a rich time of visiting as we pass around cookies, coffee, and lemonade.  The friendships formed through this combination of Word, worship and warm-hearted conversation have become of eternal significance and we are so, so grateful to God for leading us into this particular outreach.

Of course, Claire and I maintain all the other aspects of Vital Signs Ministries, including the street witness at the abortion mill, “When Swing Was King, and all the rest.  Therefore, squeezing in the sermon prep, the song search, the baking of cookies, and everything else needed for the Aksarben Village church service, has made for some pretty intense weeks this past year.  But we are so pleased and encouraged by all that the Lord is doing there and so we can’t help but look forward to the next steps in this grand adventure.  Thank You, Lord.