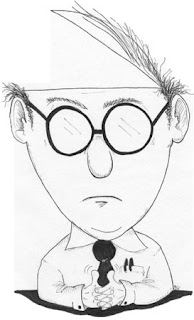 * Vice President Kamala Harris left out mentioning the right to life when quoting the Declaration of Independence on Sunday during a speech in support of abortion access. Harris' remarks in Tallahassee, Florida, came on the 50-year-anniversary of the 1973 Supreme Court decision on Roe v. Wade, which granted women the right to an abortion nationwide. The anniversary is the first since the decision was overturned in June 2022, allowing states to set their own abortion laws.

* Why, after many decades of grid stability and reliable energy, are we suddenly talking about blackouts? The answer is obvious. Across America, reliable coal and nuclear power plants are being retired, and supposedly replaced by “green” wind and solar energy. This is frankly absurd, because an intermittent energy source that works less than half the time (wind) or rarely (solar) can’t possibly replace reliable, 24/7 electricity, no matter how many billions we spend." (John Hinderaker)

Even A Democrat Politician Mourns the Death of Free Speech

* “We've entered into this period of American history where the range of permissible thought and speech has so narrowed that if you depart from it at all you are, you're labeled, you are censored, and you are silenced,” retired Democrat Sen. Robert Torricelli told Just the News earlier this month. "It's incredibly dangerous. And the odd thing about it is the very institutions which have been the safeguard of American free thought and speech — American universities, think tanks, the media — are the worst offenders."

Oxford residents will soon be prisoners of their own neighborhoods

* This is one of those stories that you’re certain is from the Babylon Bee, and that is stunning in its implications when it turns out to be the truth. In this case, the truth is that, in accordance with UN and WEF climate recommendations, the city of Oxford (home to the famed university) approved plans mandating that citizens may not drive more than 15 minutes distance from their homes without permission. It’s called the “15 Minute City” and is intended to reduce auto emissions. Mostly, though, it will reduce liberty, which is what climate change madness has always been about. (Andrea Widburg)

No, the Democrats' January 6 Hype Doesn't Pass the Smell Test

* Rogan O’Handley posted a text message from Nancy Pelosi’s staff secretly editing the J6 security plan for the US Capitol and then telling the House Sergeant at Arms to “please act surprised” when the final draft was published. The House Sergeant at Arms responded, “I’m startled!” to the request showing his willingness to play along. This is more evidence that the January 6 disruptions were planned in advance. (Jim Soft, Gateway Pundit)

* One of my favorite indicators of ignorance are the people who buy personalized license plates, or affix stickers, for their electric cars that say “Emission Free.” Even if you ignore the enormous environmental impacts associated with manufacturing an electric car (which are significantly higher than a gasoline-powered car), if you live in a state that generates a lot of its electricity from coal, you are essentially driving a coal-powered car. The next most ignorant view is that at least you don’t have to buy expensive gasoline! People seem to forget that electricity isn’t free, from whatever source. (Steven Hayward)

Yet Another Reason to Dread Government Schools

* Hundreds of Chicago teachers and school officials sexually groomed and sexually assaulted students or engaged in policy violations over the past four years, according to a report released this week. (Fox News)

* How do you make apartheid sound good? Easy. Just call it the “historic status quo”.

Under Muslim rule, the historic status quo by the invaders was to ban Jews from their own holiest site, the Temple Mount. When Jerusalem was liberated, there was a vocal insistence by the Muslims who had launched a war to destroy the Jewish State and by the “international community” that Jews continue to be barred from their own holy site in the name of the “historic status quo”. And if that sounds too unbelievable, here’s Ned Price, Biden’s State Department spokesman saying that Jews must continue to be banned.

So let me say broadly on the first question that the United States stands firmly for preservation of the historic status quo with respect to the holy sites in Jerusalem. We oppose any unilateral actions that undercut the historic status quo. They are unacceptable. The President has previously underscored the need to preserve that historic status quo at the Haram al-Sharif/Temple Mount, as has the Secretary. We have done so repeatedly with our Israeli partners; we have done so repeatedly with our Jordanian partners, whose special role as custodian of Muslim holy places in Jerusalem we deeply appreciate. That is a message we will continue to reinforce.(Front Page Magazine)

Joe Biden: A Wall for Me but Not for Thee

* President Biden's taxpayer-funded wall for his Delaware vacation home is getting built while he continues to voice his staunch opposition to building a wall at the southern U.S. border.

Photos obtained exclusively by the Daily Mail show that construction on the wall around Biden's Rehoboth Beach home began last week. The wall is expected to cost taxpayers $490,324 because it is being funded through a government contract via the Department of Homeland Security (DHS). (Fox News)