A Right Start to the New Year 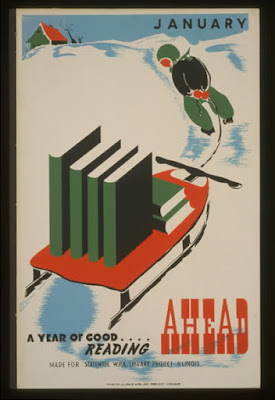 * “How Multiculturalism Took Over Comic Books” (Jonathan V. Last, Acculturated)
Posted by DH at 10:25 AM

"The Christmas of the Talking Animals" Is Online 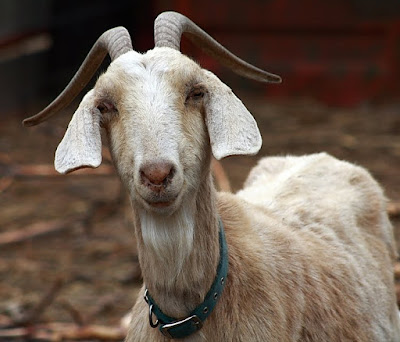 If a quiet 1/2 hour ever comes along in your hectic holiday schedule, you might
enjoy this Christmas short story I wrote several years ago. This is an audio version that KGBI used to play on Christmas morning back in the mists of time.

"The Christmas of the Talking Animals" is a story about a 9-year old boy with a lively imagination who experiences a most remarkable Christmas when he visits his grandpa's Missouri farm in 1952.

I think you'll find "The Christmas of the Talking Animals" a winsome, wholesome story with a very old-fashioned ingredient; namely, a spiritual moral.
Posted by DH at 4:08 PM 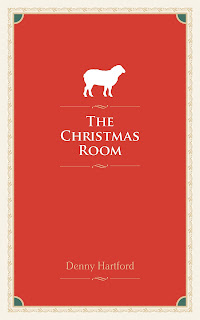 Among the things you might like to get to this weekend? 1) Play some Christmas music. 2) Go to church. 3) Saunter over to Divine Truth bookstore (84th & Harrison) from 12-2 on Saturday afternoon where I will be signing copies of my novel "The Christmas Room." And 4) Find time to read these very enlightening articles.

* “A Humble Pre-Christmas Effort to Share My Enthusiasm for the Bible” (David Limbaugh, Town Hall)

* “7 Reasons To Worry About Our Millennial-Run Future” (Andrew Stiles, Acculturated) 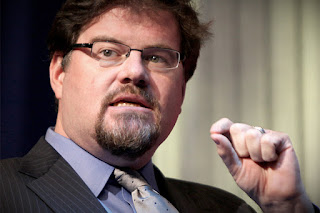 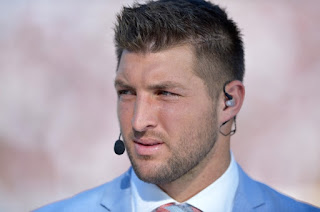 * “‘We are at war with militant Islam!’ A rookie senator notes what many fear to say” (Andrew Malcom, IBD)

* “Tim Tebow Wins Without Scoring” (Mark Tapson, Acculturated)
Posted by DH at 9:04 AM 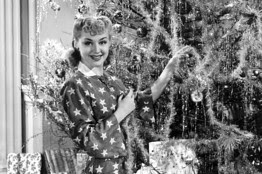 During these hectic days of Christmas, it's easy to miss important culture war commentary. So to help out, I'll list below links to some of the very best.

* “Workforce Could Shrink by 2 Million People Because of Obamacare” (Melissa Quinn, Daily Signal)

Expanding and Enhancing Your Christmas 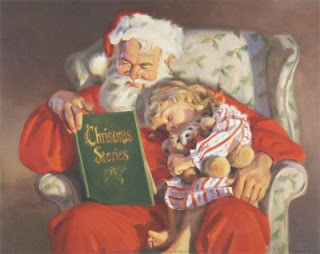 From years past, here are a few Christmas posts from Vital Signs Blog and The Book Den that you might find helpful in making your Christmas season all that it can be.

* A Whole Season of Christmas -- Why 12 Days Are Much Better than One! 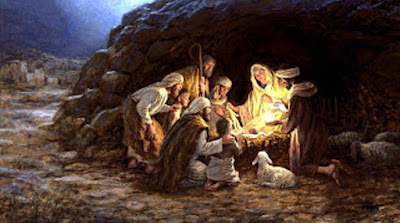 * Under Review: The Christmas Room

* Looking for a Good Christmas Movie?

* GKC's "The House of Christmas" 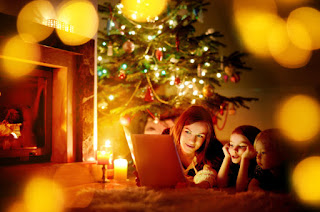 * Will Yours Be a Car Wash Christmas?

* Where the Christmas Action Is

* The Passing of Christmas 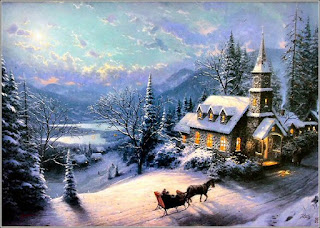 * "On Going Home for Christmas"

* "The Oxen" by Thomas Hardy

* Another Side of Christmas 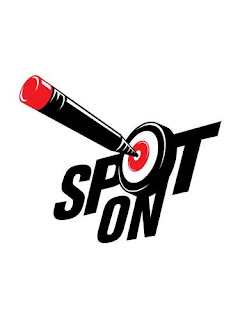 * “The Left Prays After San Bernardino Shooting, To Its God Of Government”
(Mollie Hemingway, The Federalist)

* “The U.S. Navy Is Slowly Realizing It May Have to Sink Ships Again in the Future” (Kyle Mizokami, Popular Mechanics) 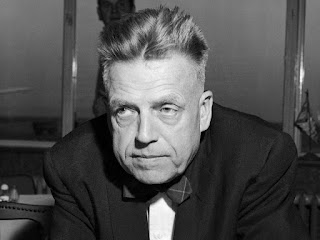 Here are a few excerpts:

…Kinsey compiled the findings from these interviews into two books that were the opening salvos of the sexual revolution that soon swept the United States: Sexual Behavior in the Human Male (1948) and Sexual Behavior in the Human Female (1953). Both works contain many sweeping assertions and often move quickly from tables full of data to moral speculation about the repressed sexual ethics of America.

Kinsey officially began sexual research in 1941 with the help of funds from the Rockefeller Foundation and the assistance of the National Research Council. In 1947 Kinsey founded the Institute for Sex Research at Indiana University, now simply known as The Kinsey Institute. What has become clearer in the years since the publication of the Kinsey reports is that Kinsey was not merely gathering information about other people’s sexual experiences, but he was also engaging in assorted sexual practices with various members of the research team.

Instead of the staid atmosphere most people associate with academia, the Institute for Sex Research became a kind of sexual utopia for the gratification of the appetites of Kinsey and his team. According to one biographer, “Kinsey decreed that within the inner circle men could have sex with each other; wives would be swapped freely, and wives too, would be free to embrace whichever sexual partners they liked.”Kinsey himself engaged in various forms of heterosexual and homosexual intercourse with members of the institute staff, including filming various sexual acts in the attic of his home...

Reflecting on the public morality of the day, Kinsey suggested American society’s moral revulsion to many of the sexual acts he described originated in “ignorance and superstition” and not in “scientific examinations of objectively gathered data.”…In this way, Kinsey argues much like other sexually libertine propagandists of the second half of the Twentieth Century: We should no longer look at sexual behavior in the categories of right versus wrong, but instead in the categories of more common versus less common…

Much of what Kinsey called “data” was actually vulgar, pornographic material with no morally redeeming value. He went so far as to include graffiti from bathroom walls in his research. Attempting to dignify the unwholesome filth often scrawled in public bathrooms, Kinsey noted, “From the days of ancient Greece and Rome, it has been realized that uninhibited expressions of sexual desires may be found in the anonymous inscriptions scratched in out-of-the-way places by authors who may freely express themselves because they never expect to be identified.” According to Kinsey, we should not think of such filth as inappropriate defacing of property; it is actually a venue for the sexually repressed…

Another glaring problem in Kinsey’s report is the phenomenon of volunteer bias: Survey participants who volunteered to be questioned about their sexual experience were also more likely to be sexually adventurous and out of the mainstream…

The most disturbing and hotly debated part of Kinsey’s research is chapter 5 of Sexual Behavior in the Human Male titled, “Early Sexual Growth and Activity.”  Kinsey gathered data from people who can only rightly be called child molesters. Describing the source of some of his data on small children he said, “Better data on pre-adolescent climax come from the histories of adult males who have had sexual contacts with younger boys and who, with their adult backgrounds, are able to recognize and interpret the boys’ experiences.”…

Although Kinsey’s data and conclusions are flawed, his work opened the door for public discussion of homosexuality and helped set the stage for the Sexual Revolution and the burgeoning gay rights movement. 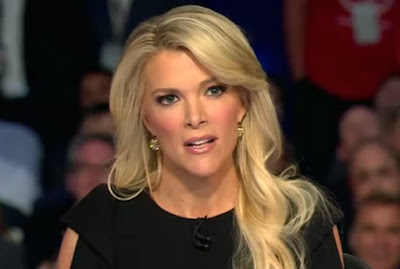 But that hasn’t stopped Planned Parenthood, Cecile Richards, President Obama, the liberal media, and many Democrat politicians from blaming pro-lifers and demanding that people stop talking about abortion.

Wow...Did You Catch This One? 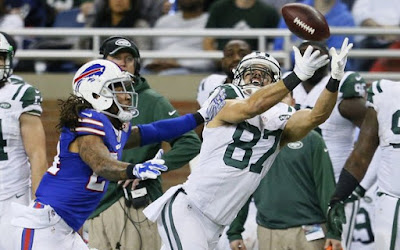 Catching up on your alternative media reading? Here's some of the best articles from recent days.

* “WaPo: Let’s hold free speech guilty for the acts of a lunatic, shall we?” (Ed Morrissey, Hot Air)

* “How the Left Hijacked a Tragedy to Serve Their Pro-Abortion Agenda” (Rich Lowry, National Review)

* “Obama Apologizing to the World for US on Climate Is Ridiculous” (Nicolas Loris, The Daily Signal)

* “17 of the 100 Ways This Senator Says the Government Wastes Your Money” (Leah Jessen, The Daily Signal)

* “Is the antibiotic apocalypse nigh?” (Michael Cook, BioEdge)
Posted by DH at 8:29 AM