View from the Top: Excellent Articles You May Have Missed 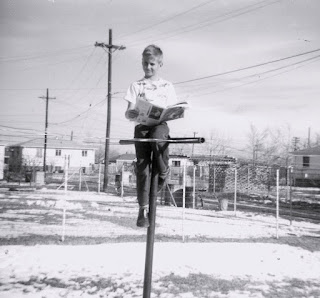 Okay, we were all busy with Christmas. Indeed, Claire and I still are. Nevertheless, here are a few superb items of interest to culture warriors like the readers of Vital Signs Blog.

* “No, the DOJ Investigation of Planned Parenthood Is Not a Witch Hunt” (Alexandra DeSanctis, National Review)

“This was the most beautiful Christmas program I have ever seen!”

We can never thank God enough for the honor, joy, enrichment, and sense of spiritual significance that we experience from Vital Signs Ministries' “When Swing Was King” outreach into senior centers and care facilities. Yesterday's shows, for instance, were particularly well-received with people singing along, applauding, shouting out guesses as to which song came next, and telling us great stories as we visited afterward. One dear lady told Claire (through tears), “This was the most beautiful Christmas program I have ever seen!”

We also were blessed to have other friends drop in to catch a little of the “When Swing Was King” Christmas spirit: Rik & Debbie Pedersen at the Mabel Rose show in the morning and Larry & Deb Harrold at Brookestone in the afternoon. At earlier shows this month Dan & Ann Hovanec and Don Kohls have dropped in too with the Troutman family coming along to one of our last shows today. What a Christmas blessing!
Posted by DH at 5:25 AM 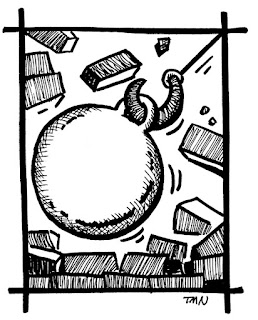 * “The Zealous Faith of Secularism: How the Sexual Revolution Became a Dogma” (Mary Eberstadt, First Things)

* “A simple idea which changed the lives of millions” (Michael Cook, Mercator)

The "When Swing Was King" Newsletter Swings Towards Christmas!

Beginning this Thursday Claire and I start into our “When Swing Was King” Christmas shows. Because of the enthusiastic, warm-hearted response we have received over the years (yes, even more intense than the regular “WSWK” presentations), our Yuletide is more wonderful than ever. For a little over a year now we have added a quarterly newsletter to our outreach in all the eleven senior care facilities where we take “When Swing Was King” every month. Those newsletters include a personal note from us, quotations and Scriptures, and a whole lot of big band trivia.

Here’s a few examples from our latest newsletter.

Did You Know? — Originally written to honor America’s military serving far from home, the beautiful song “I’ll Be Home for Christmas” has become a favorite for many generations now.  However, the song’s final phrase (“if only in my dreams”) was considered too sad and no one in the business wanted to record it. But when songwriter Kim Gannon sang the song for Bing Crosby (while they were playing golf), Bing loved it and promised to make it a hit. And, of course, he did. By the way, the song on the flip side of that Decca record was a lovely but sad song too – “Danny Boy.”

Did You Know? — In 1957 Elvis Presley made “Blue Christmas” into a hit on the pop charts. However, it had been taken to #1 once before. And that was on the Country charts in 1950. The singer? None other than Ernest Tubb!

The Music Man’s Christmas Song — Meredith Wilson is best remembered for his hit musical The Music Man. But he also wrote other stuff including one of the most famous Christmas songs of all time. In 1963, the song was incorporated into his musical, Here's Love which was based on the classic holiday film Miracle on 34th Street. Unfortunately, the play bombed. But the song, already very popular from recordings by Bing Crosby, Perry Como, and many others is going strong to this day. That song? You know it well --  “It's Beginning to Look a Lot Like Christmas.”

If you'd like to check out the whole 4-page, big print newsletter, you'll find it right here.
Posted by DH at 8:12 PM

The Face of God: A Christmas Reflection 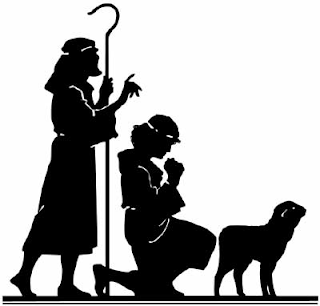 "The Face of God: A Christmas Reflection" (by Denny Hartford)

It was a story the old shepherd loved to tell, the story of that night when the skies were ablaze with a heavenly light and an angel direct from the throne of God had announced the news for which Israel had yearned for centuries.  The old man told the story well – the sudden terror, the adventure of fleeing down the mountain and searching Bethlehem for the baby in a manger, the overwhelming joy when they finally discovered the new family, and the spiritual peace that flooded their souls as they reflected on the Savior’s humble entrance into the world.

Emmanuel.  God with us.  The face of God that even Moses was not allowed to look upon, they had been allowed to see up close, unveiled, welcoming.

The shepherd didn’t exactly know how it would be accomplished but he believed both the angel’s message and the things that had been explained to them by Joseph and Mary. He believed this Child was the spotless Lamb of God Who would take away the sin of the world. Just think of it.  Here at last was the Son of David, the long-awaited Deliverer Who would save all people who turned to him, even Gentiles, from the wages of sin. It was magnificent, a world-shattering event. And yet he, a poor shepherd of no account, was a part of this wondrous story.

It is no wonder then that the shepherd never tired of telling his story. Even as the years went on and many sufferings came upon him – Herod’s soldiers murdering his newborn son, the early death of his wife after a long illness, and his own body broken when, defending the flock from wolves, he had toppled from the cliffs of Migdal Eder -- he never tired of telling the story of that blazing night and of the world’s Savior lying in a manger.

Oh, how I wish that dear shepherd was alive tonight.  How I wish I could apologize to him for my disrespect and disbelief, for my mocking the tears that welled in his blind eyes whenever he spoke of that great adventure.  How I wish he could see the tears in my eyes now and the excitement in my voice as I tell him that I’m sorry for my arrogance and disdain.  For this afternoon, on a grassy hillside outside Jerusalem, I met Jesus, He Who was once the child in that manger. And I accepted the invitation of Jesus to trust in Him for my salvation and be born again. In that very instant, I too knew the peace the old shepherd had discovered on that blazing night of the King’s advent.

Yes, I would love to hear the old shepherd tell his marvelous story at least once more and to laugh and thrill and weep along with him as he tells it. For then he would know that his willful, wayward son, the rebellious son for whom he so long prayed, now understands and appreciates his father’s experience of so many years ago. For today, the old shepherd’s son also saw the face of God -- up close, unveiled, and welcoming.
Posted by DH at 7:22 PM