Checking In with the Good Stuff 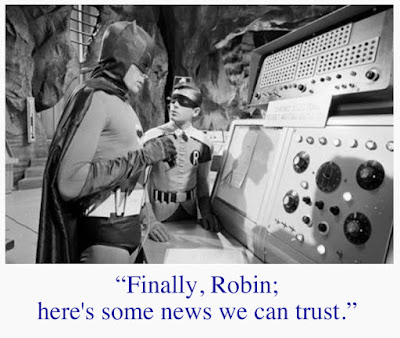 * “The Man in the Women’s Room, and Why He Can Stay There” (David Mills, The Stream)

* “Is It Time for ‘The Benedict Option’?” (Interview of Rod Dreher by National Review)

* “Jihadis Living on Support Payments from the Europe They Vowed to Destroy” (Giulio Meotti, Gatestone Institute)

* “How Would You Like Big Bird Served?” (Steven Hayward, Power Line)

* “Raúl the Reformer and Other Cuban Fables” (Jose Cardenas, National Review)
Posted by DH at 11:56 AM

Questions from My Prayer Walk

During my walk yesterday, I spent quite a bit of time using one of the Scripture passages I had with me as a springboard for my prayers. It was Ephesians 5:8-11. That passage is translated by the New American Standard editors as “For you were formerly darkness, but now you are Light in the Lord, walk as children of Light for the fruit of the Light consists in all goodness and righteousness and truth, trying to learn what is pleasing to the Lord.  Do not participate in the unfruitful deeds of darkness, but instead even expose them.”

It is a stirring exhortation — rich in describing the believers lofty and secure position in Christ and yet with an emphasis on the stern responsibility we have to continually walk in His Light. But though I have always preferred the NAS version, believing it to generally be the most accurate in conveying the original language text of the Bible, thinking and praying through that passage yesterday reminded me that any translation needs to be looked at carefully and in comparison with others, if not the language of the original text itself.

That NAS passage yesterday raised two red flags for me.  The first problem was the first capitalization of “Light.” There were no capitalizations, of course, in the original Greek.  It is merely a practice of English translators (natural and right enough) to identify proper nouns; that is, names of persons and places.  But, in this case, the capitalization of “Light” unavoidably suggests that it is God.  (The only other possibility is that the editors were personalizing a force in the same way Greek philosophers would personalize and thus give a capital letter to wisdom or nature or truth.  Such a practice, of course, has continued into our day as people use capital letters for nature, providence, and, in the case of some Marxists, history.)

But I’m pretty sure the NAS guys weren’t using a personification for a force or an ideal here. That certainly isn’t the practice they use elsewhere. So, again, I figure they must be equating the “Light” they capitalize as another name, as it were, for God.  That would be wrong, however, as it would then equate the Christian recipients of Paul’s letter with God.  That can’t be.  Faith in the atoning death of Jesus for one’s salvation from the penalty of sin creates a relationship between two distinctly separate beings – man and God.  Man doesn’t become God. Man isn’t absorbed into God.  No, each man’s unique identity remains (although gloriously changed) after his salvation decision.  The capitalization in the verse is inappropriate.  Again, please note — this isn’t an error in the original text. It’s an error by the NAS translation committee.

By the way, that first “light” is not given a capitalization in the King James, the New King James, the ASV, the Common English Bible, the Douay-Rheims 1899 American Edition, the ESV, the Geneva Bible, J.B. Phillip’s New Testament, the NABRE, the NIV, the RSV, Young’s Literal Translation, and others.

The second problem was in verse 10 and that was the phrase, “trying to learn what is pleasing to the Lord.” After thinking through this for quite awhile yesterday, especially in comparing the phrase with the rest of the passage, I was kinda’ muddled.  What or who was “trying to learn?” The “fruit of the Light?” The “Light” itself?  The three virtues mentioned just before?  None of these made sense to me.  So, it had to be the believer, the one who had been called “Light” earlier.  Yet if one displays the fruits of the Spirit (“all goodness, righteousness and truth”), it must be because he is abiding in Christ (walking in the Spirit) and is thus already pleasing the Lord. So where does this “trying to learn what is pleasing to God” fit in? Answer -- it doesn't.

As I talked to God about my confusion, I began to remember another verse that seemed to deal with the same matter.  But the more I tried to remember it, the more I began to think I was already remembering this same passage…but in a different translation.  And, sure enough, when I got home I found that the King James version (and others) cleared up my confusion completely.  And that’s because the Greek word that the NAS translates as “trying to learn” is “dokimazontev” which doesn’t mean “trying to learn” at all.  Rather it means to test,  examine, prove, or to recognize as something as genuine after examination. Thus the King James translates verse 10 as “proving what is acceptable to God.”

Now, of course, that makes sense.  A Christian walking in the light of the Holy Spirit will produce the fruits of His light – all goodness, righteousness, and truth. And it is that lifestyle of obedience to God that will prove to the watching world that we are truly His disciples. Our authentic sanctification is what we offer to be evaluated. Are we the real deal? Do we truly know Christ and are living in His light? Then it will show. Verse 10 is, therefore, a grand promise of our effectiveness as His followers if we only yield to the Holy Spirit.

It was neat to experience.  The use of a Bible text in my prayers led me to a careful consideration of the text’s meaning.  And then honestly seeking out answers produced them. Those answers then led to some profound new applications of that text to my life and ministry and future.  So, thank you, Lord, for being the Light…for being my Light…and for revealing Your holy truths through the Word.
Posted by DH at 5:56 PM

"You Make Us Feel Normal"

“You know, you bless us so much by coming.  You make us feel normal.”

This was said to Claire a couple of nights ago by one of the ladies at a senior care facility that deals exclusively with dementia and other memory loss issues. It’s one of the 12 facilities where we present “When Swing Was King” every month.  Claire, not surprisingly, was deeply touched by the woman’s kindness and appreciation.  For although we know the people in our audiences are, in fact, quite special, we’re also aware that for people who must deal with pain and loss, who are carefully watched over and cared for, who understand that they no longer function as they once did, feeling “normal” can be very special indeed.

The same lady, one of “When Swing Was King’s” most enthusiastic fans had held my hand earlier in the evening and told me, “When you guys come, you take away the loneliness.”  And then, because she holds firmly to the belief that both Claire and I grew up in her neighborhood, she added, “But you kids have always been nice.”

Later on we received a couple of other endorsements but these were from unexpected sources.  One was from a family member of a resident who wasn’t even in our audience but he had come in and sat down behind the fireplace where we hadn’t noticed him.  Before he went back to visit his loved one, he made a point to tell us, “You folks have a very good program.  Very professional. I liked it a lot.” And, as he expressed that complement, he was seconded by a fellow who had been painting the walls in the hallway behind the utility room where we had set up.  We ended up speaking with him for awhile as he praised the quality of music and the interesting stuff we shared about the musicians.  He even thought I should do a radio show because “you sound just like a disc jockey.”  Fun stuff.

Oh yes, one more tidbit from last night.  Before the program started we were, as usual, visiting with the residents who came in early.  One lady asked Claire, “Are you with this program tonight?”  As Claire pointed first towards me and then her computer in front of the projector, she answered, “Yes, my husband there is the talent and all I do is push these buttons.”  (The talent line, by the way, comes from a private joke we share going all the way back to my first trip to Burkina Faso). Anyhow, the lady smiled, patted Claire’s hand encouragingly and said, “Oh, I’m sure it takes talent to push buttons too!”  Of course, she’s right! 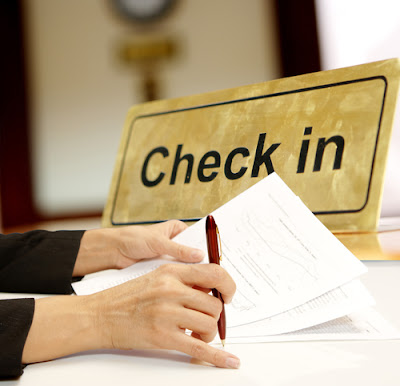 Here are a few of the week's best in reporting and commentary.

* “Why Does The GOP Want To Push Its Own Version of Obamacare?” (John Hawkins, Town Hall)

* “Where Are the Republican Party’s Leaders?” (Ian Tuttle, National Review)

* “Planned Parenthood Abortion Biz Sent 225 Letters to Doctors. Guess How Many Agreed to Partner With It?” (Miciah Bilger, LifeNews.com)

“The child of God is, from necessity, a joyful man. His sins are forgiven, his soul is justified, his person is adopted, his trials are blessings, his conflicts are victories, his death is immortality, his future is a heaven of inconceivable, unthought-of, untold, and endless blessedness — with such a God, such a Savior, and such a hope, is he not, ought he not, to be a joyful man?” (Baptist pastor, Octavius Winslow, 1808-1878. Quoted in Randy Alcorn’s remarkable book, Happiness.)
Posted by DH at 9:30 AM 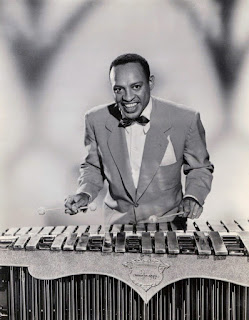 Yesterday Claire and I started into the March schedule of “Swing Was King” and we're as excited as ever about this outreach into senior care facilities in our area...and sometimes way beyond.

What a blessing for everyone involved -- residents, family members, facility staff, visitors, and Claire and me! This month we are also passing out the third of our 4-page “When Swing Was King” quarterly newsletters which feature big band trivia, seasonal quotes and Scriptures, a quiz, and a personal note from us. That is being received very well also.

If you'd like to come along and see why this ministry is such a hit, please check the monthly schedule and let us know when you'd like to join us. We (and the residents of the care facilities) would be absolutely delighted to have you there for the party. 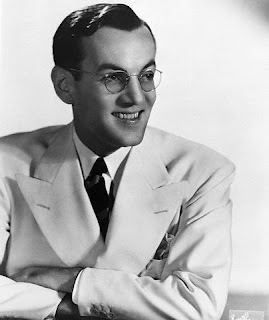 3) Harry James Orchestra (Vocals by Kitty Kallen) -- “It's Been a Long, Long Time” 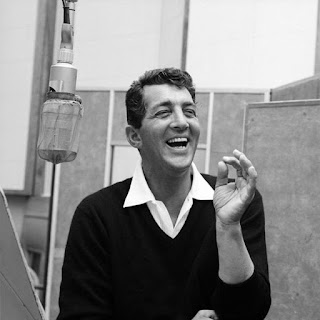 Here are a few of the best, brightest, and most important articles from the last few days. And, naturally, most come from the alternative media.

* “Meet the terrorist behind the next women’s march” (Kyle Smith, New York Post)