"Blowing Up" The Establishment Narrative 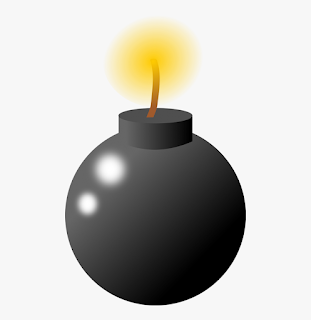 * "Ground Zero of Woke: Universities are making themselves not just disliked and disreputable but ultimately irrelevant and replaceable." (Victor Davis Hanson, American Greatness)

* "Biden builds back in the USSR" (Dominic Green, American Spectator)

* "Whose Children Are These?" (Larry Sand, City Journal) 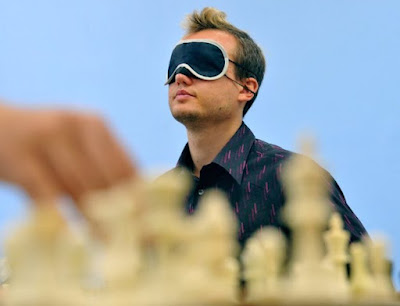 Alternatives to the Mainstream Media Madness 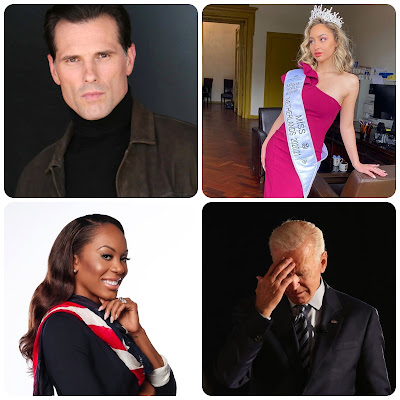 Here's the latest in our ongoing compilations of "wow" articles from alternative media. They are important reads, indeed.

* "Opportunities to Do Nothing" (Steven Malanga, City Journal)

* "Female athletes say they faced pressure to abort: 'It seemed like no choice at all'" (Right to Life UK, Live Action News)

Wow articles? I've got a few of the best of 'em right here!

* "We Must Never Get Used to the New Cultural Craziness" (Michael Brown, The Stream)

* "A Catholic saint is canceled in Los Angeles and the Catholic Church is quiet" (Jonathan Morris, Fox News)

* "How Our Children’s Addiction to Technology Hurts the Country" (Armstrong Williams, Daily Signal) 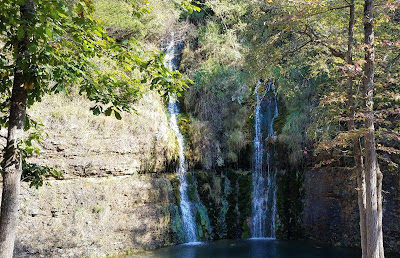 After two weeks of beginning my day with coffee at the Panera in Branson, Missouri, yesterday morning found me back home at my regular morning haunt over at the Paradise in Regency. It was a bit of a let-down, of course, because we did have a wonderful time in our annual working vacation there in the Ozarks, yet the Lord encouraged us there in many ways and gave us clearer perspectives and purposes for Vital Signs Ministries. So, we are refreshed in both mind and spirit as we assume the next steps in this great adventure. 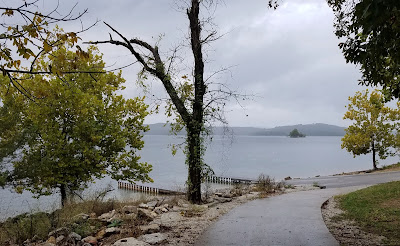 That second week in Branson was a full one. For instance, at a coffee shop inHollister, Claire and I had our 3rd quarter evaluation of our progress on 2021's resolutions. Overall, our grades were encouraging and the discussion of how to finish the year strong was very helpful...Claire finished a couple of books and I finished the 3 volumes of Dante's Divine Comedy (plus enjoying an Ellery Queen detective novel and a WWII British submarine novel for desert.)...We fed the ducks a couple more times...We had 3 more long walks along Table Rock Lake (one of them a 5.2 mile hike in the rain!)...I prepped for upcoming Sunday afternoon church services at Aksarben Village Senior Living and for a talk I'm giving this Saturday at a men's retreat...We wrote some more letters and social media posts...And we worked on upcoming Vital Signs projects including this Saturday's Wilberforce Brunch and the Pie Social on November 5. 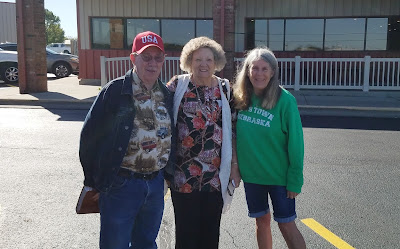 Our journey home on Saturday was very pleasant -- nice weather, a breakfast in Bolivar with missionary champions (and my cousin!) Gary & Martha Ellsworth, and listening to the Minnesota v Nebraska football game on the radio. Not nearly as pleasant was mowing the lawn as soon as we got home but it was terribly overdue and really needed it. Sunday we skipped church because we still had a lot to do to get ready for our Sunday afternoon service but that went extremely well. What a great group.

And then Monday saw work during my early morning coffee at Paradise before joining Claire, Keith, Jim, and others for our prayer and public pro-life witness outside the Planned Parenthood abortion business. Next up was the first "When Swing Was King" show of the month Heritage at Sterling Ridge and then editing the Branson photos for posting. And now we're into Tuesday with a Panera meeting this morning with Dick and Sharon, getting about 50 pounds of popcorn for distribution, a haircut, and the next of 3 more "When Swing Was King" shows this week.

The First Week of a (Working) Vacation 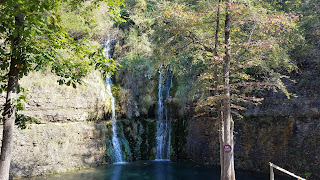 Well, we have completed (and then some) the first week of our annual working vacation down here in Branson and we have been pleased with its course. On the vacation front, we have taken three long hikes beside Table Rock Lake and another in Dogwood Canyon; fed ducks on Lake Tanneycomo; had a little bit of success in clothes shopping; had a cook-out at the Lake; enjoyed a few meals out at our favorite Branson diners; strolled along the booths at the Hollister Grape Festival; and twice now attended the Sunday worship service of Friendly Baptist Church. Contributing to our enjoyment has been the presence here in Branson for a few days of Keith and Carol Moran with whom we spent several delightful times. 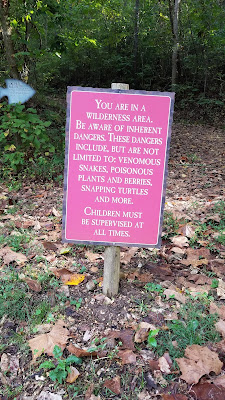 And on the working front? We’ve had a pretty good run there as well. I wrote the October LifeSharer letter during one of the early morning coffee times I take every day at the Branson Panera and we got it sent back to the printer. We participated in the Life Chain. We’ve written and sent quite a few letters. We made a video recording of my sermon for this Sunday’s Aksarben Village Senior Living church service. We finished the 3rd quarter evaluations of the year’s resolutions and discussed them. And finally, we got quite a bit of reading in.
What’s up for our second week? We certainly will be feeding the ducks another time or two as well as dining again at the Keeter Center there at the College of the Ozarks. We will also be working on preparations for the Vital Signs Pie Social on Friday, November 5th where we will be celebrating our 50th marriage anniversary. And there’s sermon prep for Aksarben Village, correspondence, reading, lake walking, prayers sessions, and crafting talks for a men’s retreat for Grace Bible Church and a chili cook-off event for Fremont Nazarene Church. This annual working vacation has, over the years, been a wonderful help to us personally and to Vital Signs and we are so grateful to the VSM Board for allowing us the time.
Posted by DH at 2:25 PM

From Table Rock Lake outside Branson, Missouri, Denny presents a brief commentary on the value and effects of remembering the "former things" God has accomplished. (13 minutes)
Posted by DH at 6:57 PM 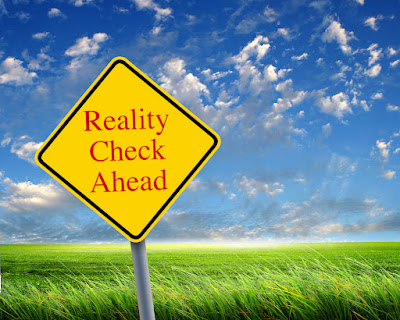 * "The Symptoms of Our Insanity" (Victor Davis Hanson, American Greatness)

"Your Move" (The Latest Compilation of News You Can Use) 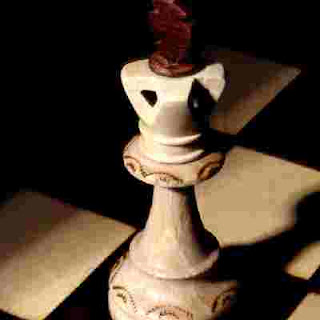 * "How Crazy Are the Democrats? This Crazy." (John Hinderaker, Power Line)

"Little Al" Does Some Remembering 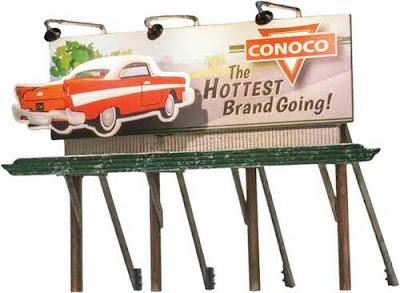 I have been employed by Vital Signs Ministries, the Christian organization that Claire and I founded back in 1983, for 38 years now.  But before that I worked several other jobs.  For instance, I operated a large silkscreen press to make panels for billboards; I worked on a crew hanging drywall in new subdivisions; I sold clothes in a shopping center store; and I did a little teaching of American History. However, out of all the jobs I ever had before Vital Signs Ministries, there is one that clearly stands out as my favorite and that was working at Banner Tire in south Denver.

Banner Tire was a terrific place for a young fellow to get his first experience of “real” working, (that is, besides household chores, lawn work, and neighborhood jobs) because there I learned several skills and was exposed to people of varied races and ages and occupations. But it also gave me the positive influence of great mentors, most notably my own dad, who managed the operation.  Banner was a lot of things – a Conoco filling station, tire store, three-bay garage, tow trucks, and a bulk plant with gasoline that we redistributed to other gas stations and even some of the ranches east of Denver. It was a very  happening place.

My contributions were modest. Pumping gas. Changing oil and tires. Lube jobs. Driving the truck to get auto parts and tires. Selling oil, STP, headlamps, and filters. And, of course, sweeping up. It was my first “grownup job” and I had the time of my life.

Best of all, working at Banner Tire allowed me to see my dad in a whole different light. As the Dad at home, he was a super guy. But as the Dad at work, I was able to appreciate even more his knowledge and craftsmanship, his work ethic and habits, his remarkable friendliness and social skills, and the deep affection and admiration he won from customers, colleagues, and neighborhood folks. 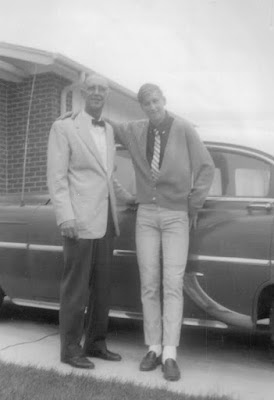 I was sometimes called “Little Al” in my days at Banner Tire because I began my job there wearing Dad’s old Conoco shirt with “Al” emblazoned above the pocket. But I was pleased that even after I started wearing my own uniform shirts, the name tended to stick with some of the people who dropped in. I can honestly tell you that I never bore a more honorable title.

The photo I print at the left dates from about that time and you can see my Dad and me standing next to my first car, a ’53 Chevy. Both this photo and my telling you about Banner Tire brings back some of the sweetest memories of my life. Therefore, I hope they stimulate a few memories of your own.

"Memory is the treasury and guardian of all things." (Cicero)