Oh, the Disaster That Is ObamaCare! 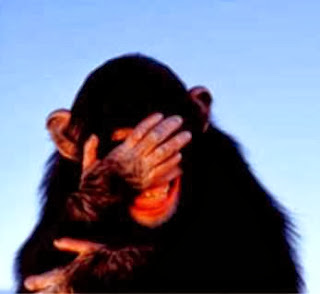 Jim Geraghty zeros in the absolute disaster that is ObamaCare.

We've been warning that Obamacare would be a train wreck for a long time. Now the boxcars full of dynamite reach the impact point.

Pardon the ALL CAPS, but this seems like a fairly huge point: ALMOST NO ONE HAS PAID FOR THEIR INSURANCE YET!…

Sure, some of these folks are writing the checks right now, or will in the coming days. Obamacare defenders are quick to point out people don't like to pay for services ahead of time. But some significant chunk won't pay on time -- they've got about two or three weeks to make that first payment -- and thus they'll begin 2014 without health insurance. And these are the folks who made it through the glitchy exchanges! The question is whether or not they realize that they're not really insured before or after they end up in the doctor's office or emergency room.

Here's Sebelius Wednesday, discussing how you make the purchase: "You make it through an insurance company -- you don't pay the federal government. We are the sign-up site, and you make the payment directly to the insurer." It's as if Amazon.com referred you to the book publisher's website to finalize your purchase.

Representative Michael Burgess (R., Texas), raked her over the coals for this dysfunctional method of finalizing your payment:

Sebelius: I have not.

Burgess: Well I'll tell you, it's almost impossible. I've never seen a business where you get to the point in the fundamental business transaction where you're gonna make the payment, and you can't do it. That is a flawed system.

We are witnessing one of the all-time Charlie Foxtrots, if you catch my drift.

Serious question: How many folks signed up and somehow don't think they have to pay? Our Eliana Johnson: “In Durham last month with Obamacare navigators, I sensed not elation at the law's passage but a general sense of confusion that may help to explain the poll's finding. "I have to tell people all the time, 'It's the Affordable Care Act, not the Free Health Care Act,'" one navigator told me. The same navigator said the consumers who come to him are largely unaware that they will have to pay a penalty if they choose not to purchase insurance.”

Obamacare is going to rank with one of the all-time self-inflicted national wounds, right up there with Prohibition.

The excerpt above is from Geraghty's NRO e-mail update Morning Jolt which you can receive for free by signing up right here.
Posted by DH at 9:53 AM