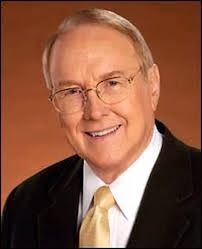 Dobson v. Sebelius is the lawsuit filed with the U.S. District Court for the District of Colorado. It makes the common sense and thoroughly Constitutional argument that ObamaCare’s coercive mandate violates the Religious Freedom Restoration Act as well as the First and Fifth Amendments to the U.S. Constitution.

Says Dr. Dobson, “Our ministry believes in living out the religious convictions we hold to and talk about on the air. As Americans, we should all be free to live according to our faith and to honor God in our work. The Constitution protects that freedom so that the government cannot force anyone to act against his or her sincerely held religious beliefs. But the mandate ignores that and leaves us with a choice no American should have to make: comply and abandon your religious freedom, or resist and be fined for your faith.”

Here's more details from LifeNews.com.
Posted by DH at 10:00 AM