Belgian Senate: Mercy Killing of Kids Needs to Be “Regulated” 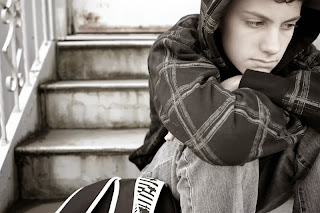 "What? You were trying to call the teen suicide hotline? Golly, we don't do that anymore. We're here to help you solve your medical, social and emotional problems by hooking you up with a licensed euthanasia service. I can give you three that provide 24-hour pickup service if you're interested."

Too out there? Maybe.

But, then again...maybe not.

The outcome was expected, but observers overseas were astonished at the margin of victory. By a vote of 50 to 17 yesterday, the Belgian Senate approved euthanasia for children. When the bill finally passes – which now seems quite certain – there will be no age limit for choosing to die at the hands of Belgian doctor. The next step is a vote in the lower house, which will probably take place in May.

The conditions for euthanasia are vague. Children who are under 18 but who are of sound mind can request death if their situation is “medically hopeless” and if they are experiencing “unbearable physical suffering that within the foreseeable future will result in death."

Supporters of the bill have argued that there will only be about 10 or 15 cases each year. They contend that terminally-ill children are already being euthanased and it is better for the practice to be regulated…

In November 16 paediatricians urged lawmakers to approve the legislation in an open letter in the press. "Why deprive minors of this last possibility? Experience shows us that in cases of serious illness and imminent death, minors develop very quickly a great maturity, to the point where they are often better able to reflect and express themselves on life than healthy people."

Christian, Muslim and Jewish leaders rejected this reasoning. "We express our deep concern at the risk that such a grave subject will be increasingly trivialised," they said in a joint statement. "The euthanasia of fragile people, be they children or incapable, is totally inconsistent with their condition as human beings. We cannot accept a logic which will lead to the destruction of society's foundations."

Michael Cook at Mercator has more.
Posted by DH at 10:40 AM