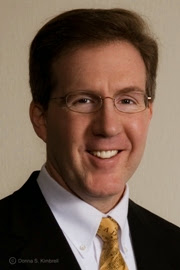 In past Vital Signs Blog posts, I've alerted readers to two remarkable books written by former Douglas County Commissioner and Nebraska State Senator, Chip Maxwell. Both books are well-argued, succinct, and affordable -- so they really should be in your library.  Those books are Plain Talk on Stem Cell Research and Fix It Now: Rediscover the Constitution & Get America Out of Its Fiscal Death Spiral.

You can purchase both books by using the links to Amazon above. And, yes, Kindle versions are available too.

I've also mentioned here on the blog about Chip Maxwell's consideration of a run for Congress. And that's actually the prime subject of today's post; namely, to let Chip himself explain his reasoning to you via a news statement sent out earlier this morning.

However, let me preface Chip's letter with an admission of my own. Chip Maxwell is a friend and a pro-life colleague. And as a member of the Advisory Board of the Nebraska Coalition for Ethical Research, I have seen Chip's work (he has served as NCER's director and chief public spokesman) up close and personal. Both Claire and I have been quite impressed with him over the years. He is a witty, clear-thinking, well-spoken communicator who is able to not only understand complex and controversial issues but then to expertly translate them to others. That's why he's so good as a talk radio host. He is also a faithful, compassionate, generous family man.

All these qualities have made Chip Maxwell a very effective public servant in the past and we have hopes they will be appreciated by Nebraska's 2nd District Republicans in his campaign (if he runs) for Congress.

Earlier this year I talked about exploring a run for Congress. Two things happened in the spring and summer. One, I began a new job at TS Bank. Two, my dad was diagnosed with terminal cancer in early May and died June 30. The initial effect of the combined occurrences was to push politics off my radar screen. In the case of Dad’s death, though, the secondary effect was a jolt of urgency. If you see gray hair in the mirror and there’s something you think needs doing, you’d better go for it. I am hitting the reset button and resuming exploration of a run for Congress. I will decide by the end of the year whether to run.

In case you are wondering about the timing of this announcement, the recent flare-up over Congressman Terry’s shutdown paycheck is not a factor. I’ve been looking at this for a while. I met with Lee in the fall of 2011 to say I was looking at running. In the summer of 2012 I provided him an early draft of my book so he didn’t hear about it through the grapevine.

I want to make clear that there is nothing personal in this. When Lee learned that my father had died, he immediately called, and he and his wife and father came to the wake and were their usual warm and gracious selves, consoling me and my family with sincerity and good humor. I always will be grateful for that.

My motivation is a long-simmering concern over the long-term slide to the left in our national fiscal policy. I’m more worked up about what the president said yesterday than I am about anything Lee Terry has said or done.

The president said raising the debt ceiling does not increase the debt. He is lying, or he is so steeped in leftist ideology that he fails to grasp, or refuses to acknowledge, basic principles of government finance. He says we aren’t going to spend any more money than what was already approved. Yes, but we don’t have enough money in the Treasury to pay for that level of spending. So he wants to raise the debt ceiling and borrow more money to cover the difference – which increases the debt!

This president is setting up his children and mine for a fiscal mauling. I’m going to see if I can do something about it.
Posted by DH at 9:21 AM