A Corny Con Man vs A Gullible Government 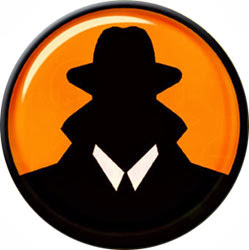 Even in the crazy, corrupt and wasteful world of modern American politics, the story of John Beale is still quite remarkable. Check it out in this detailed report from C.J. Ciaramella in the Washington Free Beacon, "The Spook that Never Was.

The strange and sordid saga of John Beale, a top Environmental Protection Agency (EPA) official who defrauded the federal government out of nearly $900,000, has by turns outraged, flabbergasted, and sickened members of Congress, but on Tuesday it achieved something even rarer: It left them speechless...

Over the course of two congressional hearings Monday and Tuesday, new details emerged about Beale, a former top EPA official who over the course of 13 years bilked the agency out hundreds of thousands of dollars in fraudulent travel vouchers and illegal bonuses. Along the way, Beale falsely claimed to be an agent for the Central Intelligence Agency, a Vietnam War veteran, and remained on payroll for over a year after a retirement party on a Potomac dinner cruise.

Overall, Beale spent two and a half years absent from work while still getting paid. According to investigators, he committed time card fraud, travel fraud, impersonated a federal agent, and misused a government passport, among other crimes.

He pled guilty on Friday to charges of felony theft of government property, which carry a maximum sentence of 10 years in federal prison.

Because of his clean record and guilty plea, his probable prison sentence will be 30 to 37 months. He will also pay restitution of $886,186 to the EPA and civil forfeitures of $507,207.

With criminal proceedings mostly out of the way, Congress has begun piecing together the details of how a con man gamed the system for over a decade in what the EPA Inspector General’s office called an “egregious and almost unbelievable case.”...