Oh, The Disaster That Is ObamaCare 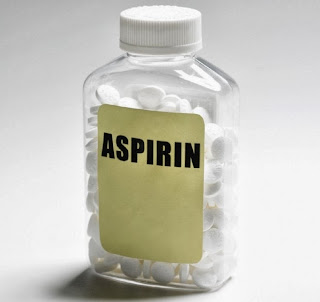 Stock up on aspirin, folks. It looks like that may be the only "health care" that will survive this debacle.

* "Insurers say the federal health-care marketplace is generating flawed data that is straining their ability to handle even the trickle of enrollees who have gotten through so far, in a sign that technological problems extend further than the website traffic and software issues already identified."

* "ObamaCare's Black Box: Why the exchanges are worse than even the critics imagined." (Wall Street Journal editorial)

* Two weeks into the roll out of Obamacare’s online health insurance market, the two organizations chosen to help uninsured Nebraskans navigate the system haven’t been able to sign up a single person for coverage.

Community Action of Nebraska was awarded about $562,000 and The Ponca Tribe of Nebraska nearly $38,000 to help people find health insurance on the federally run insurance exchange that began operating — and we use that term loosely — Oct. 1.  The online marketplace, Healthcare.gov, repeatedly freezes, says “come back later” or crashes when people attempt to create an account so they can shop around for a plan.

Roger Furrer, executive director of Community Action, was tasked with helping nearly 40,000 uninsured Nebraskans navigate Obamacare. The group hired 62 “navigators” to educate Nebraskans and walk them through the enrollment process.

Although Community Action had received about 450 calls as of Wednesday, Furrer wasn’t aware of a single person who had successfully navigated the process, either online or by phone.

“It’s still an exercise in frustration for most people,” he said. “We are finally starting to get people past the barrier of creating their account.”

Jan Henderson, spokeswoman for the Ponca Tribe, said they haven’t been able to sign anyone up either... (Deena Winter, "Zero: Number of Nebraskans Obamacare navigators have signed up," Nebraska Watchdog)
Posted by DH at 10:29 AM