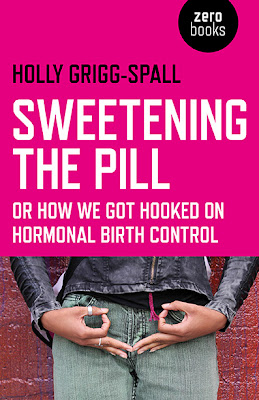 Carolyn Moynihan, deputy editor of MercatorNet, gives an interesting review of a new book in which a feminist breaks from the pack on the subject of the so-called birth-control.

Holly Grigg-Spall is a young woman who calls herself a feminist but who is deeply unpopular with some of the sisterhood right now. English, 30-ish, married to an American and living in California, she has written a book criticising the contraceptive pill. Actually, Sweetening the Pill: Or How We Got Hooked On Hormonal Birth Control is more than critical; it is a sweeping polemic against the pill and every form of hormonal contraception. Since this wonder drug is celebrated by mainstream feminists (Nancy Pelosi, Cecile Richards, Sandra Fluke…) as the great liberator of women, you can see why the others are peeved with her…

I found the book rather frustrating, too, but not for the same reasons. The review copy I received is repetitive and needs a lot more editing. In addition, the author’s quest for alternatives to the pill – both technical and philosophical – leads her into feminist fringe territory which is sometimes cringe-inducing. And she fails to see the logical consequences of some of her insights. Nevertheless, in her attempt at a comprehensive critique of the pill and allied contraceptives she gets some important things right...

Sweetening the Pill falls far short of the critique of contraceptive culture some of us would like to hear from a smart and angry young woman. The author does not see that the copper IUD, the condom and the rest of contraceptive paraphernalia – not to mention abortion – are also an insult to the body, if not to its chemistry then at least to its integrity in the sexual act. Breaking away from the medical establishment’s grip is hardly a liberation if you fall straight into the arms of condom and cap manufacturers.

However, Holly Grigg-Spall’s great discovery – the ability to track her menstrual cycle through the fertility awareness method (FAM, or NFP to those who know it as natural family planning) – may yet lead her to new philosophical insights as well. She has already picked up on the way this method can improve the relationship between spouses or partners. For the moment she is anxious to dissociate herself from the philosophy of “the religious Right” and seems to think it is a shame that Catholics perfected the method before feminists tumbled to it.

But, if her book did nothing else than encourage other young women to pursue body literacy and fertility awareness, it would have performed a signal service.
Posted by DH at 1:05 PM