Okay, A Guy Has This Parrot... 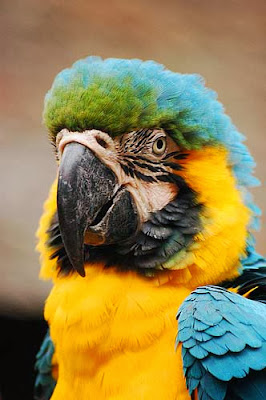 A guy breaks into a place and steals jewelry -- and a parrot.

A cop spots the thief. The thief bolts and runs, but not before throwing the parrot at the cop. The angry and confused parrot bites the cop. The bird is handed over to authorities.

The thief is later found hiding in a shed.  He is also handed over to authorities.

The cop gets treatment for the bird bite and the parrot is eventually returned to his owner. Good news on both counts.

But not such good news for society because, after just a few hours, the thief bonds out and is back on the city streets, ready to cause fresh mischief for citizens, cops and feathered creatures.

A Monty Python sketch? I only wish it were. No, this is real life in the American justice system, folks.