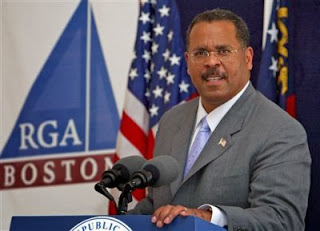 What's going on? One major factor is something that will likely surprise you.

Now I've complained about ethanol before: it's inefficiency, it's freakish damage to the economy, the corrupted politics required to protect it, and, most of all, the moral problem involved in turning food that a hungry world needs into fuel.

And now I have more reason to complain than ever since the governments of Iowa and Nebraska have mandated that all unleaded fuel sold in their states be an ethanol blend.

Those corrupted politics of corn have moved into overt coercion, forcing me to either get with the program or start buying premium gasoline at 25-35 cents more per gallon. And that's what I will do. But, even then, many gas dealers in the Midwest have given up the fight altogether and offer only ethanol-laced products at their pumps.

Okay, I know many of you are unaware of the ethanol scam and so you're thinking I've strayed into some strange fields of conspiracy theory. I'm afraid not.

Among the salient Vital Signs Blog posts dealing with this important matter are: Ethanol -- It's Not Accomplishing What You Think; Biofuels vs Food; and Let's Stop the Ethanol Scam.

But, in addition to checking out the above links, I encourage you to read through the extensive excerpts I print below from a recent Ken Blackwell article over at CNS News ("The Renewable Fuel Standard Is Another Taxpayer-Funded Bailout"). Blackwell, you will remember, is a former mayor of Cincinnati who later served as Ohio State Treasurer and Ohio Secretary of State. He serves now as Senior Fellow for Family Empowerment for the Family Research Council. Writes Blackwell,

We're all paying more at the pump. It's hurting consumers and dangerous for the fragile economy. And, it's because of a Washington handout to corn farmers and big Wall Street banks - all disguised as a measure to promote renewable energy and clean-burning fuels.

The Renewable Fuel Standards (RFS) mandates an ever-increasing floor of ethanol be mixed with gasoline. The bill, which was expanded under President Obama, ensures a baseline level of demand for ethanol, distorting the market and sending the price of corn substantially higher. That's because gasoline refiners have to purchase ethanol, regardless of the price.

So, corn prices tripled, which has factored its way into the prices of other agriculture products. In fact, the Congressional Budget Office estimates that the impact of the RFS is so broad that ethanol subsidies account for 10-15 percent of the rise in overall food prices. In terms of the overall economy, the RFS is expected to cause a decline of $770 billion in GDP in 2015 alone. That's real economic activity, which translates to real jobs and incomes for Americans throughout the country.

And, hardly anyone in Congress or the Obama administration thinks the current law is working. The Environmental Protection Agency, which is run by leftist environmentalists, said that it does not "foresee a scenario in which the market could consume enough ethanol [...] and/or produce sufficient volumes of non-ethanol biofuels to meet the volumes of total renewable fuel and advanced biofuel as required by statute for 2014." So, in other words - Washington has once again imposed unachievable burdens on the private sector.

But what may be worse than this indirect subsidy to corn farmers is the way that big Wall Street banks are exploiting it at the expense of consumers. That's because if a gasoline refiner cannot meet the demands of the RFS, it can purchase credits, called renewable identification numbers (RINs), in a "marketplace." But unlike transparent marketplaces like Amazon, the market for RINs is opaque and dominated by speculators with no interest except driving the price higher.

The New York Times recently reported that, "the price of the ethanol credits skyrocketed 20-fold in just six months." A credit that went for 7 cents at the start of the year traded for $1.43 in July, according to Bloomberg. And that price is simply passed along to consumers at the pump - a large factor keeping gas prices above $3 per gallon nationwide for 1,000 consecutive days.

But Congress has approached the RFS from a weak position, intimidated by powerful lobby groups who like these handouts. Though the Chairman of the House Energy and Commerce Committee, Fred Upton (MI), has assigned four members to find a solution, just one - Rep. Steve Scalise (LA) - has called for full repeal. The others - Reps. John Shimkus (IL), Lee Terry (NE) and Cory Gardner (CO) - are calling for "reform."

...Conservatives in Congress need to stop trying to save the RFS - and repeal it in its entirety. Doing that will relieve some of the pain at the pump, stop the increase in food prices and save Americans $770 million in economic activity in 2015.
Posted by DH at 12:00 PM