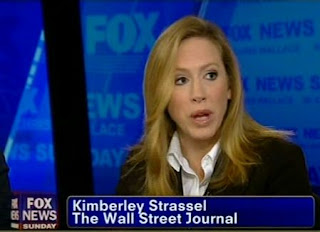 The phrase "jumping the shark" describes that gimmicky moment when something once considered significant is exposed as ludicrous. This is the week the White House jumped the sequester.

The precise moment came Tuesday, when the administration announced that it was canceling public tours of the White House, blaming budget cuts. The Sequesterer in Chief has insisted that cutting even $44 billion from this fiscal year will cause agonizing pain—airport security snarls, uninspected meat, uneducated children. Since none of those things has come to pass, the White House decided it needed an immediate and high-profile way of making its point. Ergo, it would deny the nation's school kids a chance to view a symbol of America.

The act was designed to spark outrage against Republicans, yet the sheer pettiness of it instead provided a moment of clarity. Americans might not understand the technicalities of sequester, but this was something else entirely. Was the president actually claiming there was not a single other government item—not one—that could be cut instead of the White House tours? Really?

The cancellations were an open invitation for the nation to dive into the gory depths of the federal budget—and re-emerge with a debate over waste and priorities. Over the past week, an entire cottage industry has sprung up of journalists, watchdog groups and average citizens reporting on the absurdities of federal spending. Republicans have lit up Twitter with examples of indefensible projects (#SequesterThis).

We've learned that the White House employs three calligraphers, who cumulatively earn $277,000 a year. The Environmental Protection Agency gave $141,000 to fund a Chinese study on swine manure. Part of a $325,000 National Science Foundation outlay went to building a robotic squirrel.

The government gave a $3,700 grant to build a miniature street in West Virginia—out of Legos. It shelled out $500,000 to support specialty shampoo products for cats and dogs. A San Diego outfit got $10,000 for trolley dancing. The feds last year held 894 conferences that each cost more than $100,000—$340 million altogether. But Mr. Obama is too broke to let American kids look around the White House.

Speaking of that, the tour stunt itself is turning into a PR fiasco. ABC reports the cancellations save a total of $18,000 a week. A Forbes opinion piece noted the cost of cutting the tours was equal to about two hours operating Air Force One. Speaker John Boehner twisted the knife, announcing that while Congress was also getting hit by sequester, it had planned wisely, and tours of the Capitol would continue. Come on down folks! Visit the government branch that knows how to prioritize!

To top it off, a group of cherubic sixth-graders from St. Paul's Lutheran School in Waverly, Iowa, became a national sensation in a YouTube video pleading with the White House to reopen tours. "The White House is our house. Please let us visit," they beg in unison. The White House hasn't yet responded, no doubt being too busy overseeing its $27 million project that helped fund pottery classes in Morocco. (No joke.)…

Oh, my. Kim Strassel is spot on in this superb Wall Street Journal article. Clear and relevant facts. Enlightening applications. And deft writing that brings in the irony, the humor and the outlandish hypocrisy inherent in the sequester soap opera. Read the rest here.
Posted by DH at 9:45 AM