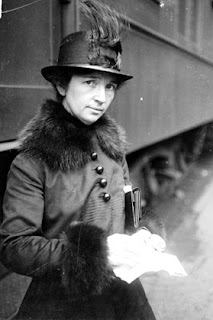 Yes, you know that Margaret Sanger is a hero not only to Planned Parenthood, the mega abortion corporation which embraces her as its founder, but to progressive feminists in all walks of…uh, life.

But do you really know much about her? Like her own bizarre lifestyle? Her intimate connections with the eugenics movement? Her racism, elitism and anti-Semitism?

And are you aware that she actually said (or wrote) the following?

* "The most merciful thing that the large family does to one of its infant members is to kill it." (From Woman and the New Race, Chapter 6: “The Wickedness of Creating Large Families.”)

* "[We should] apply a stern and rigid policy of sterilization and segregation to that grade of population whose progeny is tainted, or whose inheritance is such that objectionable traits may be transmitted to offspring." ("Plan for Peace” from her journal, Birth Control Review. April 1932, pp. 107-108)

* "We should hire three or four colored ministers, preferably with social-service backgrounds, and with engaging personalities.  The most successful educational approach to the Negro is through a religious appeal. We don’t want the word to go out that we want to exterminate the Negro population, and the minister is the man who can straighten out that idea if it ever occurs to any of their more rebellious members." (A personal letter to Dr. Clarence Gamble, December 19, 1939.)

Here's more from Lauren Enriquez over at Live Action.
Posted by DH at 9:34 AM