9 Companies with the Worst Customer Service 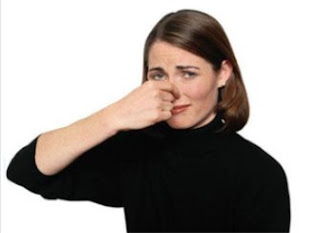 24/7 Wall St. has completed a survey which reveals "the nine retailers with the worst customer service." And among the list were several companies that Claire and I had given up on long ago.

Below are the companies that scored on the very bottom of the customer service survey...along with some personal notes.

9: Walgreens. Claire was once a frequent customer at this chain until Walgreens got into the sex paraphernalia business. We haven't darkened their door since. By the way, here's more about that: Is Your Drug Store Selling Sex Toys?)

8-6: TJX Companies (which owns discount retail stores T.J. Maxx, Marshalls and HomeGoods); The Gap; and Supervalu. I have no comment about these. We've never shopped at these stores.

5: Sears. This is another store chain at which we deliberately avoid shopping. We had always found Sears stores to be dreary and so we almost never went in them. But it wasn't until billionaire Warren Buffett (a lavish supporter of radical population control) bought into the company that we made it a moral point to avoid them.

4: CVS Caremark. This another drug store we refuse to shop at. And it's for the same reason as our boycott of Walgreens. (See above.)

3: Safeway. The only time we shop at Safeway is when we're in Colorado but we've never experienced poor customer service -- not that we remember.

2: Netflix. "Regular" TV is a wasteland and, for the most part, so is the array of programs available from cable or a satellite companies. That's why we do not subscribe to these services. But in order to watch old movies and TV series, we did have a $9 a month deal with Netflix. But as the programs offered there became more inane and immoral…and as the customer service became worse, it made for an easy choice for us to drop Netflix altogether.

1. Walmart. It has been many years since either Claire or I have been inside a Walmart store. And I cannot see any possible reason why it won't be many years before we do.
Posted by DH at 9:12 AM