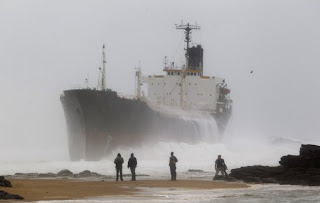 The post-modern cosmos is, most assuredly, a wacky and wicked nightmare. Here's just a few items from recent headlines to prove the point.

* Jesse Jackson will be among the mourners at brutal dictator Hugo Chavez' funeral.  "Rev. Jackson told Fox News he knew the Venezuelan president 'in a direct and personal way' and says he is 'deeply saddened by his passing.' Chavez presented Jackson with the Liberator's Award in 2005." (Other Democrat politicians attending will be Congressman Gregory Meeks from New York and former Congressman William Delahunt from Massachusetts.)

* "Pro-life student threatened with expulsion at DePaul for revealing students who trashed display."
Posted by DH at 8:23 AM