Freaked Out Over Global Warming? Consider These Questions. 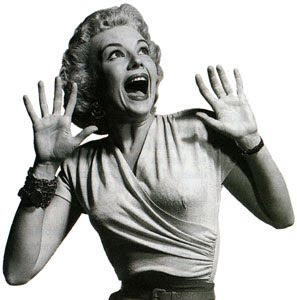 * In 2005 the UN said there would be 50 million climate refugees because of rising sea levels and other effects of global warming by 2010. Where are they?

* CO2 concentration has risen by 10% in the past 23 years, but the RSS satellite global lower-troposphere temperature-anomaly record shows warming over that period that is statistically indistinguishable from zero. How come?

* If Australia’s carbon tax were adopted worldwide, and if it worked every bit as well as its inventors had intended, it would cost $317 trillion to abate the one-sixth of a Celsius degree of warming that is predicted for the current decade. That is $45,000 per head of the global population over the period, or 59% of global GDP? Compared with the 1.23%-of-GDP cost of paying to abate the damage from 1/6 C of warming the day after tomorrow, is it worth spending 59% of GDP today?

These are just a few of the "10 killer questions" Lord Christopher Monckton is asking of climate extremists. Read the rest in this post from the blog of the Science & Public Policy Institute.
Posted by DH at 11:29 AM