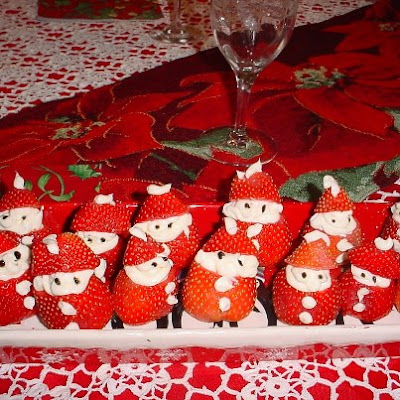 It had been quite a week. Blogging. Getting the LifeSharer letter out. Hosting a dinner party. A meeting in Lincoln. A speaking engagement. Writing.  And 7 (count 'em, 7) presentations of "When Swing Was King."

But things didn't slow down at the weekend. Indeed, this past weekend was, even more than most, a whirlwind of activity.

We were up early on Saturday to make final preparations for Claire's Christmas tea scheduled for later in the morning (an elaborate annual party she hosts for the girls in her family), and to print off Christmas carol lyrics for use outside the abortion mill.

I was at the Planned Parenthood abortion mill until a bit after 11 -- which was just about the time Claire's tea was getting underway. And so while she entertained, I zipped up to my branch office (Panera's on west Maple) to do some writing and some study for Sunday's sermon.

Claire's party was, as it has always been, a smash hit. Her niece Dani wasn't able to come Saturday but the other regulars (Denise, Gaylene, Theresa, Claire Nicole, Sophia, and Grace) all packed into one car and drove up from Lincoln. Plus, this year's tea had a new guest, Claire's niece-in-law, Carrie who lives here in Omaha. Conversation, laughter, stories from the Aylward heritage, a gift exchange, and a terrific high tea menu featuring a variety of hors d'oeuvres and drinks, apricot-glazed sausage, salad, cheese course, nuggets from Chik-fil-A, Christmas cookies and the really nifty strawberry Santas shown in the photo above.

I returned around 1:45, in time for a pretty quick visit with the girls before they all took off. The rest of Saturday involved (for me) more sermon and Sunday school preparation plus a little revision of the current "When Swing Was King" program and (for Claire) experimentation for the next day's cookie exchange party with neighbors.

Sunday morning was taken up with the Sunday school class, the sermon ("The Mystery Men of Christmas" -- Matthew 2:1-12), and visiting afterwards. The afternoon was (for Claire) cookie baking and (for me) watching the Broncos defeat the Ravens. Then around four the neighbors began to arrive for the cookie exchange we had initiated. It went better than we even hoped.

6 of the neighbors we invited didn't show but 2 of those were out of town and had told us they couldn't make it. However, 10 of our neighbors DID bring cookies to exchange and, when informed that we had cocoa and coffee, all 10 settled in for about an hour and a half of visiting. Some of the neighbors had never even met each other. Others only knew enough to wave hello to if out in the yard. So, to be honest, we were delightfully surprised to see the conversations flow as nicely as they did. Very cool.

Claire wrote on her Facebook page, "As folks were leaving, they were very thankful for the time together. Some neighbors said it was nice to now know someone’s name. We always said we need to get the neighbors together and we were all glad we finally did. We had plenty of cookies so we took a plate over to our neighbors to the south of us because they just got back from a family gathering out of town. Next event – neighborhood picnic!"

It was a very simple thing (the procedure we used is outlined here) but the neighborhood will be a more hospitable, more interactive, even a safer place because of it.  Just another way of shining the light, building friendships, and opening up possibilities for further impact.
Posted by DH at 12:49 PM