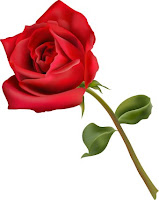 As I've stated before (here and here), I have been concerned that the controversy over Nebraska's LB 599 might have a lingering effect on the unity of our pro-life community. From the pages of this blog and in private conversations, I have urged pro-life advocates (both those who supported 599 and those who opposed it) to recognize that there was moral reasoning behind the convictions of people on both sides. And therefore, the impugning of one another's motives was wrong. So was the use of labeling, pejoratives or threats of retribution.

I've been encouraged by the responses of the leaders with which I've spoken for they too are committed to maintain the high degree of unity, respect and cooperation that have been hallmarks of Nebraska pro-lifers. And, yes, the leaders I've spoken with represent both sides of 599…including state senator Tony Fulton and the Executive Director of the Nebraska Catholic Conference, Jim Cunningham.

I'm also encouraged (though not at all surprised) after reading a recent letter from the NCC's Pro-Life Director, Greg Schleppenbach. After explaining the reasons why he (and the NCC strongly) supported LB 599, Greg concludes his letter ("A Clash of Two Goods") with these paragraphs.

...This was an extraordinarily contentious and challenging debate for the Legislature given this clash between two goods.  It was also more challenging for my office and some other pro-life groups given that we were on opposite sides of LB 599 with some senators who are usually the pro-life movement’s strongest allies.  For reasons my office and the Nebraska Catholic Conference articulated on our website, we disagree with, and are disappointed by, these senators’ votes against LB 599.

Nonetheless, I recognize that it would be unusual for like-minded individuals to never disagree on a public policy matter, especially where there is a clash of two goods.  Consequently, this debate over LB 599 punctuated the importance, particularly in the legislative arena where opponents on one issue can be allies on another, to disagree with charity.