Candidate Erica Fish Wants to Support Children, Including the Preborn 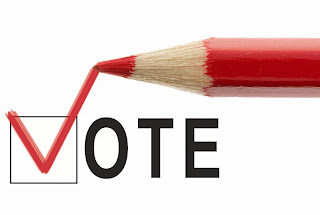 There's an interesting (and very important) election coming up in south Omaha with Erica Fish vying against Sara Howard and Vernon Joseph for the opportunity to represent District 9 in the Nebraska Unicameral.

Democrat Sara Howard (a young lawyer who seeks to fill the Unicameral position her mother has held for several years) has declared on the VIP questionnaire that she is pro-abortion; she is against the Defense of Marriage Act; and she doesn't believe voter fraud is a serious problem in our state.

Vernon Joseph is also in the race. He is a Republican whose legislative priorities include improving the foster care system and community involvement. He supports DOMA and promises to support laws which "reduce the number of abortions in the state."

The third person in the race in District 9 is Erica Fish, a wife and mother who has an impressive record as a foster family advocate. She is the only candidate in the race who was endorsed by the pro-life PACS -- both Nebraska Right to Life and Nebraskans United for Life. Erica supports school choice and, as the step-daughter of Nebraska State Senator from Imperial, Mark Christensen, she has a valuable understanding of rural and agricultural issues that is rare for an Omaha-based politician.

Erica believes that her convictions and her life experiences would make her a most helpful advocate in the Nebraska legislature for foster care issues, child welfare reform, government efficiency, and the sanctity of life. "I am running to be a voice for the voiceless," she says, "and that especially includes the unborn."