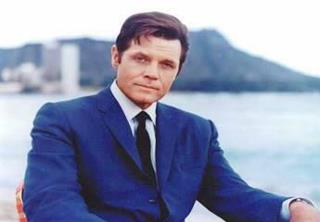 Yes, Steve McGarrett and Barack Obama both lived in Hawaii for a part of their lives. But that's about the only thing they have in common. Here, however, are the five most important differences between the two.

1) Steve McGarrett was a genuine public servant who sought the common good rather than personal aggrandizement.

2) Steve McGarrett was a hard worker who very rarely took vacations and never used business time to raise money for himself.

3) Steve McGarrett surrounded himself with intelligent, highly-principled teammates who, like himself, respected and obeyed the law.

And 5) Steve McGarrett knew that Chinese Communists were enemies of justice, human rights and democracy. Unlike Barack Obama, Steve McGarrett did not believe that "China's peaceful rise is good for the world, and it's good for America."

I side with McGarrett. How about you?
Posted by DH at 9:39 AM