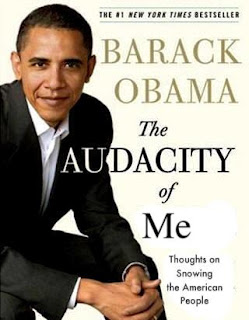 "This president has brought us out of the dark and into the light."

In an earlier post this morning, I spoke of Barack Obama's grasping anxiety to control the harbors, the rivers, even the oceans. Part of that quest comes from Obama's socialist agenda. But part of it comes from the sheer arrogance of the fellow.

It's an arrogance that (at least in public) draws the praise of his wife.
Posted by DH at 11:42 AM