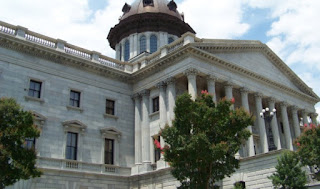 I didn't actually wade into the controversy over Nebraska Legislative Bill 599 on Monday. I merely posted my concerns about a growing disunity within the pro-life ranks as I urged pro-life advocates (both those who support 599 and those who oppose it) to be careful not to get nasty about it. You know what I mean. Don't impugn other's motives. Don't call anyone names or use highly pejorative descriptions. Don't threaten to kick anyone out of the family.

Well, today I repeat that advice. But I go a little further too. Indeed, I'd like to share with you some of the concerns voiced by one of the pro-life champions who voted against the bill. That person is a veteran pro-life activist, an intelligent, experienced and deeply principled Christian pro-life champion. He is State Senator Tony Fulton.

Tony gave me permission to print the letter he sent over and I thought it very important that Nebraska pro-lifers consider the points of his argument. It doesn't mean that you'll necessarily agree with all of those points. But, at the very least, it should keep you from making ill-informed and unfair judgments about the pro-life senators who ended up voting against the bill.

And I want to be fair also. That's why, even before I print Senator Fulton's remarks below, I remind you that the pro-lifers who support LB 599 believe that it effectively addresses the importance of prenatal health care. They believe that providing state money to improve the health of preborn babies is a good thing and should take moral precedent over other issues: illegal immigration, government funding, the possibility that some of the money might leak into Planned Parenthood, etc.

But the pro-life supporters of 599 cite something else that they believe a strength of the bill; namely, that language recognizing unborn children as human beings will be codified into law. They hope that this might create a precedent for subsequent action to chip away at Roe v Wade. One pro-life leader who zealously supports 599 told me that abortion lobbyists have opposed similar legislation in other states because of such language.  This alone, in the person's opinion, provides reason enough to vote for the bill -- although the person admitted that the "intent" language of legislation is quite frequently ignored altogether by liberal courts.

So there you have reasons why some pro-life activists are supporting LB 599. (You can find a fuller statement from the NCC right here.)

I understand and am sympathetic to their argument. And, for that matter, so too is Senator Fulton himself. Opposing 599 hasn't been an easy decision for him. But he felt constrained by conscience (which includes a sense of obligation to his constituency) to vote against it. Yet in so doing, he has maintained an openness and friendliness to his fellow pro-lifers on the other side of the issue. I commend him for that and urge others (wherever they end up with 599) to display the same virtues. 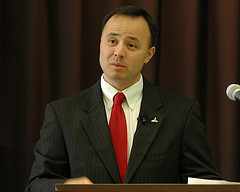 Indeed, I do not support LB599. This is easily the most difficult issue I've ever had before me as a state senator. It's both a pro-life issue and illegal immigration issue - "both/and", not "either/or".  It is also an issue contemplating the proper role of government.  I've struggled with it for a couple years, but I have continually arrived at the conclusion that this bill is wrong-minded.  I am ultimately faced with a decision to forcibly take the dollars of some to pay for the obligations of those who have broken our laws.  In theory, I think I could do this for the sake of the unborn child's health if, indeed, there were no other alternatives for care. This is not the case, though. Prenatal care is presently being provided by the charity of others via certain health centers here in Nebraska, primarily in Omaha and Columbus.  Further, in recent weeks I have read of private health practitioners providing this care free of charge in Kearney and Omaha, and I was contacted by a clinic director who offered the use of their facility to meet this need.  If private efforts can meet this need, this is the appropriate route for we will have achieved the same end without taking tax dollars to pay for the obligations of one who is here illegally.

To further develop what happens if we were to follow this policy, I ask myself what will happen if government continues to supplant private efforts, churches, etc when it comes to acts of charity.  If so then what need is there for the church?  At least, that's how the secularist thinkers will frame it. The government of Massachusetts recently changed its law to allow homosexual couples to adopt children, and this has caused the Catholic Church to get out of the adoption business altogether in that state.  I suspect this is what some wanted.  The contraception mandate by President Obama in his healthcare law (Obamacare) will eventually push the Catholic Church out of the healthcare business and perhaps other faith-based providers. I wonder if this was also partly by design...that is to eliminate the Church from the provision of healthcare such that the government remains the only provider.  Such a direction is wrong-minded and will ultimately hurt society.  What the charity of man can accomplish should not be substituted by the force of government. Of course I want prenatal care to be provided for these babies, but that is not the question before us. The question is who should provide that care. Here is where the Church has some responsibility I think.  Indeed, the care is being provided today, and a large portion of the need is being met...though admittedly it would be easier to simply make it the responsibility of government to pay for the care wherever it is acquired.

There is also a personal dimension to this issue for me.  The maternal half of my family lives in a third-world country right now: the Philippines.  My cousins struggle to provide for themselves, so we (my mom and family here) help them with such material things as food, clothes, education tuition, etc.  It's not easy for us to do so, but we have some responsibility for them.  Some years ago we researched and inquired how they might come to Nebraska, but we did not have the resources to bring them here; so we decided to make the best of our present situation...and there they remain.  So here is a question to ponder: should the State of Nebraska advocate sending tax dollars to care for the prenatal needs of my unborn cousins overseas?  Of course not, for such would be inappropriate, indeed, an injustice to tax payers here in Nebraska.  Yet why are these unborn children in the Philippines different from those unborn children here?  They have equal dignity, and equally eternal worth.  The only difference is that while my family remains overseas out of a conscious abiding of the rule of law, those mothers who are here did so contrary to the rule of law.  True the unborn children know no difference, but those who hold primary responsibility and obligation for their care do...including their fathers who seem conspicuously to be absent from our debates on this issue.  Whether we admit it or not, we are drawing a line of disqualification for some unborn children even if we vote in favor of LB599.

Another point troubles me: Planned Parenthood would be eligible to receive these funds.  This is something I came to realize recently as I spoke with a proponent of the bill, and it is something that has been raised by Governor Heineman in his veto message.  Then I read recently that Planned Parenthood has "quietly supported" the bill.  That's a conspicuous admission, and it doesn't sound attractive to me.  Why, if we could provide this care free of direct taxpayer funding, would we commit more taxpayer monies to an entity who openly performs abortions?  It is not unreasonable to envision Planned Parenthood setting up in towns across Nebraska with a claim to part of these $2.5-million of funds every year.  They would then be paid by you and me to provide prenatal services while establishing relationships with poor, vulnerable, pregnant women.  Surely THIS is cause for the faith community and pro-life advocates to meet the challenge being provided by this issue.  Now it may be argued that PP already receives taxpayer funds, so why question a little more when such good can be accomplished for the unborn?  If you oppose taxpayer funding for Planned Parenthood, I ask you to ponder that wanting argument.

I understand we may differ, but at least you know why I believe as I do.  Please know this has been the single most difficult issue I've ever faced as a state senator, and I've therefore poured much of me into this decision.  I pray that I am discharging my obligations as a state senator correctly and will appreciate your prayers to that end too.

Respectfully,
Tony Fulton
Posted by DH at 11:46 AM