Obama Wants to Be Lord of the Seas Too. 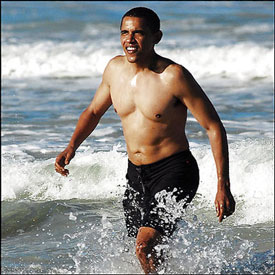 Republican Congressman Bill Flores -- “This one to me could be the sleeping power grab that Americans will wake up to one day and wonder what the heck hit them."

What are they talking about? One of Barack Obama's most audacious power grabs, a move to take control of the oceans, bays, and rivers.

Not content to be a mere President, it seems that Obama aspires to Neptune's throne as well.

Here's the story from Audrey Hudson at Human Events.
Posted by DH at 10:02 AM