The Greed, Coercion and Injustice of Scientology 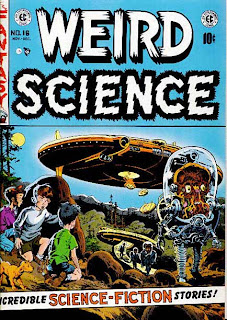 And that's not mentioning the goofiness of it's irreligious doctrine.

Today's Church of Scientology is an insatiable machine that aggressively separates parishioners from their money, according to dozens of former church insiders speaking out for the first time.

Scientology rings up astonishing sums: $100 million a year just from services sold in Clearwater, a minimum of $250 million since 2006 for the International Association of Scientologists, tens of millions for new church buildings called Ideal Orgs, and untold millions more from selling new volumes of church scripture.

Then there's the massive and long-delayed Super Power building in downtown Clearwater, which the church has used as a magnet for at least $145 million in donations...

Kudos to the St. Petersburg Times for it's intensive and ongoing investigation of this loopy, greedy and most unscientific religious cult. For more, check out this story. And then here are a couple of Vital Signs Blog posts you may want to examine as well: Troubled Thetans, Indeed: Scientology Can't Stand Scrutiny and Tom Cruise: Scientologist Superman. Don't Miss His Video Message to the World...
Posted by DH at 11:30 AM