The Three Deadliest Words in the World? "It's a Girl!" 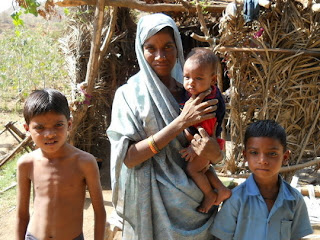 In India, China and many other parts of the world today, girls are killed, aborted and abandoned simply because they are girls. The United Nations estimates as many as 200 million girls are missing in the world today because of this so-called "gendercide".

This documentary film tells the stories of abandoned and trafficked girls, of women who suffer extreme dowry-related violence, of brave mothers fighting to save their daughters' lives, and of other mothers who would kill for a son. Global experts and grassroots activists put the stories in context and advocate different paths towards change, while collectively lamenting the lack of any truly effective action against this injustice.

Learn more about the film (scheduled for a 2012 release) and sign up for Facebook and e-mail updates right here.
Posted by DH at 9:03 AM