Redistributing the Wealth? Liberal College Students Want to Keep What They Earned. 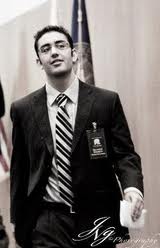 Have you caught the video clip created by young conservative activist Oliver Darcy? The one that cleverly exposes the hypocrisy of liberal college students who are all in favor of the rich being overtaxed in order to "share the wealth" but who strongly oppose such an idea when it is applied to their...grade point averages?

It's a very effective educational experiment.

Darcy, himself a recent college graduate, proposes that students with good grades contribute a few fractions of their GPA to underachieving classmates. He asks them to sign a petition to get this wealth redistribution plan in place and (on camera) points out that this is exactly how the federal government takes wealth from the country’s high wage earners and distributes it to low income earners.

What happens? Exactly what you would expect -- nobody wants to share the GPA points they worked for with students who, for whatever reason, did poorly. They insist, "That wouldn't be fair. I've earned my GPA. I've worked hard for it and I shouldn't be penalized or made responsible to raise everyone else's average."

Yet most of the students refuse to apply the same logic to wages.

The principles, of course, are the same. And kudos should go to Oliver Darcy for the clever method he devised for pointing out both the injustice of socialism as well as the inconsistency and hypocrisy of liberals. Here's a Fox News story about the experiment and over here on Exposing Leftists are still more of Darcy's sharply-edged social experiments.
Posted by DH at 9:06 AM