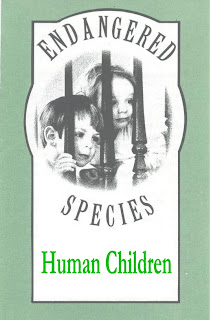 And while we're on the subject (see the above post about Vice-President Biden "understanding" and refusing to "second-guess" Communist China's one-child-only policy, though he clearly knows it includes forced abortions, forced sterilizations, and criminal charges for those who protest these outrageously cruel human rights abuses), let's be reminded that Planned Parenthood also "understands" and accepts this barbaric policy.

Indeed, it seems Planned Parenthood leaders believe such policies make sense for the United States too!

Here's Women’s Rights without Frontiers again with this alarming update:

In a new letter to the editor of the Napa Valley Register, Norman Fleishman wrote that, unless the U.S. enacts the Obama administration’s health care plan and China’s One Child Policy, “the world is doomed to strangle among the coils of pitiless exponential growth.”

It is inexcusable that someone in Fleishman’s position should make such an appalling recommendation.  As a former Planned Parenthood Executive Vice President, he is obligated to get his facts straight.

China’s One Child Policy causes more violence to women and girls than any other official policy on earth.  It is China’s war on women.  It is enforced through forced abortion, forced sterilization and infanticide.  It has led to gendercide, the sex-selective abortion of baby girls.  Planned Parenthood should agree:  whether you’re pro-choice or pro-life, no one supports forced abortion, because it’s not a choice...

In China, a woman’s body is not her own.  It is the domain of the state.  The Chinese Communist Party functions as “womb police,” wielding the very power of life and death over women’s wombs.   This is a terrible violation of both women’s rights and human rights. After 30 years of such a legacy, one thing is clear: it is time for the international community to rise up for the women and girls of China...

Fleishman’s recommendation that the United States adopt the One Child Policy brings into sharp focus the following issue, which Planned Parenthood must publicly resolve, since it is publicly funded.  Does Planned Parenthood truly stand for “choice,” or does it stand for population control, even if that means forced abortion?  If Planned Parenthood stands for “choice,” then why are they working hand in hand with the Chinese Communist Party’s coercive population control machine?  The IPPF website openly declares, “The China Family Planning Association (CFPA) plays a very important role in China’s family planning programme.  It supports the present family planning policy of the government, which is appropriate for the present national situation."

If Planned Parenthood really stands for “choice,” they should oppose forced abortion in China, not seek to expand it to America.  Women’s Rights Without Frontiers calls upon Planned Parenthood immediately to repudiate Fleishman’s remark – if they indeed disagree with it.
Posted by DH at 4:50 AM