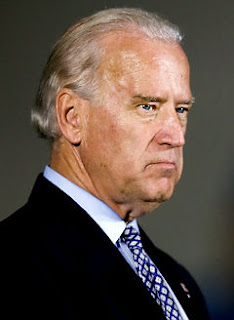 You've no doubt heard about Vice-President Joe Biden's remarkable comment approving Communist China's brutal one-child-only policy while speaking at a public function there. But it's most important to understand that his remarks were not the kind of goofy off-the-cuff gaffes Biden is so prone to make. No, his comment was part of a carefully prepared and vetted policy speech and is therefore to be considered a much more heinous demonstration of cowardice and moral indifference.

Reggie Littlejohn, the president of Women’s Rights without Frontiers, has written the Vice-President a letter that I suggest you read and pass along. Perhaps you'll use it as a stimulation to write your own letters to Mr. Biden and his boss.

I write concerning the remark you made Sunday during your official visit to China: “Your policy has been one which I fully understand — I’m not second-guessing — of one child per family.”

By your own admission, then, you “fully understand”:

That China’s One Child Policy is enforced through forced abortion and involuntary sterilization;

That, because of the traditional preference for boys, girls are disproportionately subject to abortion, abandonment and infanticide;

That because of this gendercide, there are an estimated 37 million more males than females living in China today;

That this severe gender imbalance is a powerful, driving force behind human trafficking and sexual slavery from nations surrounding China;

That according to the World Health Organization, China has the highest female suicide rate of any country in the world.  Approximately 500 Chinese women kill themselves each day.  Could this extraordinary suicide rate be related to the trauma of enduring a forced abortion or forced sterilization?

Since you “fully understand” this, how can you then state that you do not “second-guess” this policy, which causes more violence to women and girls than any other official policy on earth?  I understand that you have several children.  Would you “second-guess” this policy if it were the law of the United States?  Can you imagine the devastation if it were your own wife being dragged away to forcibly abort your children?  Families in China endure this every day.  Is such a policy acceptable so long as it does not affect U.S. families, but only Chinese families?

Or do you agree with CNN’s Ted Turner, and with Norman Fleishman, the former Planned Parenthood executive, both of whom have stated that the United States should adopt the One Child Policy?

To say that you “fully understand” and yet do not “second-guess” the One Child Policy is to turn a blind eye to the incalculable suffering caused by this policy.  If you disagree, please issue a statement clarifying your remarks.  Otherwise, why should we not conclude that for you, forced abortion, forced sterilization, infanticide and gendercide are acceptable forms of population control?
Posted by DH at 5:00 AM