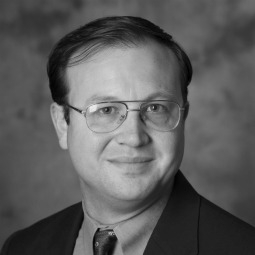 The Sunday New York Times Magazine featured an interesting article entitled “The New Abortion Providers,” which details efforts by supporters of legal abortion to cultivate a new generation of physicians who perform abortions. Unsurprisingly, the article painted a very sympathetic picture, but it still makes interesting reading for pro-lifers, because it demonstrates that the pro-life movement has been quietly effective in ways that often receive little media attention. It also shows that the effort to encourage young physicians to perform abortions may well achieve little success.

One unheralded success of the pro-life movement is that it has convinced many Americans that abortion is wrong. Now, obviously, not everyone wants to see abortion banned. Some individuals see abortion as a necessary evil; others think that keeping abortion legal reduces the amount of misery and suffering in the country. But the fact that many Americans think abortion is immoral has paid some important dividends...

For instance, as this article nicely demonstrates, ever since Roe v. Wade, abortion has been effectively divorced from mainstream medicine. Many hospitals will not allow abortions to be performed on their premises; a very high percentage of doctors have no interest in performing abortions at all; most abortions are performed in clinics away from doctor’s offices and hospitals. This has done some good things for the pro-life movement: It has further stigmatized abortion; it has made it easier for sidewalk counselors to identify and approach abortion-minded women; it has also made abortions more difficult to obtain in many parts of the country.

Supporters of legal abortion realize that abortion has become increasingly stigmatized and marginalized within the medical community — indeed, the number of abortion providers has fallen by over a third since 1982 — and that younger physicians are less likely to perform abortions than their older counterparts. Furthermore, there are relatively few abortion providers in rural areas. The two programs this article highlights, the Kenneth J. Ryan Residency Training Program and the Family Planning Fellowship, are intended to reverse this trend.

But although both of these programs are well funded and have received generous donations from a foundation started by Warren Buffett, their efforts may not be effective at expanding access to abortion...

Regardless, pro-lifers should take heart. Our efforts may not result in puff pieces in The New York Times Magazine, but this article indicates that our efforts have made a real difference, in the medical community and elsewhere. Every January, the media seems surprised at how many young people attend the March for Life; those of us in the pro-life movement are not surprised at all. The fact that supporters of legal abortion have to make such substantial investments on medical-school campuses is perhaps the best evidence of the gains pro-lifers have made among America’s youth.