Behind the Slogans: Here's a Planned Parenthood "Termination of Pregnancy" 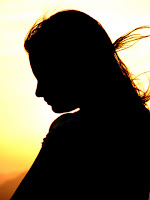 Fear had started to kick in. No, no and no. To the table we went. It was old, brown and the room seemed not very sterile honestly looking back. The room had a weird metal window that I didn’t notice until later, a curtain hung poorly from the wall to the floor – where you get dressed and undressed.

The doctor who I’d not even seen or known his name walked in. Looked at my chart and started to mess with things. He did a very rough exam of my body, it became clear to me at this point that the medication was NOT working anymore. This was also despite the cervix shot they give you to supposedly numb the area, trust me when I say this made little to no difference pain wise (or so it seemed considering what they were doing) or consequence wise.

I expressed my concerns to the doctor but he wouldn’t look at me or talk to me. He acted as though I said nothing or that I wasn’t even there. There was no HIPPA stuff, there was no verifying my name or DOB, nothing like that. Next thing I know I felt the worst pain I’ve ever felt in my life. I heard the sounds of a vacuum, it seemed. Honestly I thought we were doing the D and C so when I hear suctioning I was a bit surprised. The doctor smiled at me in the creepiest of ways as I (literally) screamed in pain as he sucked the life, literally out of my body...

So, c'mon let's do our part and expose and oppose them at every turn.
Posted by DH at 1:38 PM