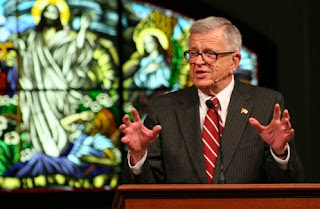 Americans United for Life recommends that Congress conduct a full-scale investigation of the abortion giant. I agree — it's long overdue.

But we should also ask ourselves why Planned Parenthood has become such a negative force. Well, it all comes down to worldview.

The modern, secular view promotes the idea of total sexual autonomy even for young girls — that they have a right to sexual activity — and should be encouraged to engage in sex as soon as they feel “ready,” regardless of their age and marital status. This view says even the youngest girls ought to be allowed to undergo treatment for sexually transmitted disease (STDs) and even have abortions without their parents' knowledge.

By contrast, the biblical view teaches that sex should be reserved for marriage, and that young girls need to be protected from those who would exploit their innocence. This is why the ancient Israelites carefully protected young, unmarried women, encouraging modesty of dress and behavior.

They knew that without this protection, unscrupulous men would take advantage of them. The same protections were built into did virtually every other culture — protections that have been stripped away during the last half century of sexual liberation.

The question is: Which view lines up more closely with reality? Millions of abortions and out-of-wedlock births, one in every four teens infected with an STD, teens lured into forced prostitution, these provide the sobering answer. Young girls need protection from those who would exploit them.
So yes, ask your lawmakers to investigate Planned Parenthood. But we should also teach our children the worldview lesson behind the tragic exploitation of our nation's daughters — first by men, and then by the profit-seeking women of Planned Parenthood.

This is very good advice from Chuck Colson. So why not act on it by doing what he suggests; namely, writing your lawmakers and asking them to investigate Planned Parenthood? Ask them to pursue criminal proceedings against Planned Parenthood employees when appropriate. Ask them to require strict financial accounting of the millions given them from government funds every year. And ask them to stop that flow of taxpayer funding completely and forever.
Posted by DH at 11:44 AM