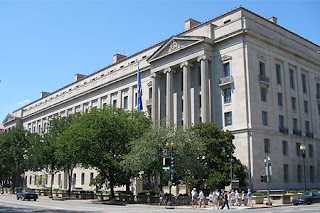 Recall that on May 19, on government time, the Reinvigorated Civil Rights Division held a film screening for “Islam: What a Billion Muslims Really Think.”  In June, the DOJ held a beer bash and wine party on government time.  I have obtained and posted below the internal invitation for a film screening on Thursday for DOJ employees of “Out in Silence.”  Make sure to bring popcorn:

DOJ Pride (the Department’s association of lesbian, gay, bisexual and transgender employees and their allies) and the JMD Equal Employment Opportunity Staff will co-sponsor a free screening of “Out in the Silence” at 12:00 p.m. On Thursday, July 21, 2011, in Room 7411 (Conference Center) of the Robert F. Kennedy Main Justice Building.

“Out in the Silence” is an Emmy Award-winning film that captures the chain of events that unfold when the announcement of filmmaker Joe Wilson’s wedding to another man ignites controversy in his small Pennsylvania hometown. Drawn back by a plea for help from the mother of a gay teen being tormented at school, Joe Wilson’s journey dramatically illustrates the universal challenges of being an outsider in a conservative environment and the transformation that is possible when those who have long been constrained by a traditional code of silence summon the courage to break it.