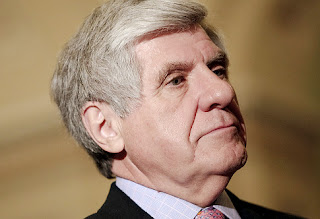 Can we trust a man who voted to cut $500 billion from Medicare to protect Medicare in the future? I wouldn't bet my Medicare on it.

(Don Stenberg, State Treasurer and former Attorney General for Nebraska who is now running for the Republican nomination for U.S. Senate.)
Posted by DH at 1:04 PM