Getting Rid of Girls 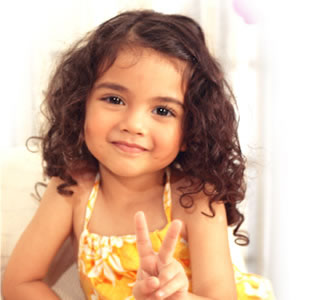 In the post below ("Two Pinocchios for Obama -- And Other News to Fire You Up"), I mention a Heritage Foundation article about the United Nation's complicity (through audacious inaction) in human trafficking. Well, our British pro-life colleague, Dr. Greg Gardner, alerted me this morning to another illuminating (if also heartbreaking) article over at the Christian Medical Fellowship blog which tells not only of the UN's inaction in fighting sex selection abortion and infanticide but its active manipulation in the past which promoted these horrors.

Blogging last week about the impact of sex selective abortion in Asia, I speculated on the cultural and socio-economic factors that were leading families to use ultrasound and other in-utero screening technologies to identify girl children and have them aborted. Little had I (or many of us) realised just how implicated the international aid community and the development priorities of Western governments and the UN were in this appalling practice.

Indeed the UN report about which I was reporting totally sidestepped the issue of its complicity in this situation. But Mara Hvistendahl – science writer and author of the soon to be published book, ‘Unnatural Selection‘ has unearthed disturbing evidence that, far from simply being due to cultural preferences and practices amplified by modern medical technology, sex screening and sex selective abortion was a deliberate population control strategy of UNFPA, IPPF, World Bank and other Western agencies and charities during the sixties and seventies.  In an article published yesterday in Foreign Policy Magazine, she explains how the Malthusian fears of population growth led (mostly male) thinkers in the UN and development agencies to actively promote male gender preference, and to fund sex screening and selective abortion of girls as a way of securing long term population reduction amongst the poor populations of India and other parts of Asia.

Demographers suggest that by 2020, in some parts of India, as many as 10-15% of men will have no female counterpart. The consequence of this is already being seen in trafficking and bride abductions in some countries -  as families desperate to secure brides for their sons resort to quite literally kidnapping potential brides from surrounding communities and nations.

What is most shocking about these allegations is that, if true, organisations that claimed to be supportive of the empowerment of women and the promotion of human rights were deliberately involved in the killing of tens or hundreds of millions of girls in the womb. A total denial of the rights and value of women as human beings.

What is more, it reveals a deeply ingrained racism and fear of the poor on behalf of these bodies.  And this assumption that we must impose our values and beliefs about family size and make-up persist to this day...

Here's the rest of this critically-important story.
Posted by DH at 10:58 AM