The Job at Fertility Clinics No One Wants 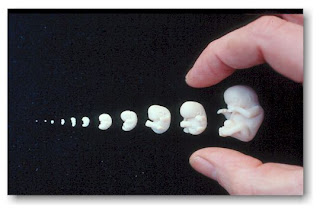 "A number of years ago there was a front page story in the New York Times: 'The Job at Fertility Clinics No One Wants.' That job was to dispose of the excess embryos remaining from infertility treatments. Why would fertility clinic lab technicians who had engendered microscopic human embryos have any qualms about disposing of them? Because deep in their hearts they knew that they’re not dealing merely with microscopic undifferentiated biological material, but with human beings of great worth and value.

Deep in their hearts, abortion advocates also know it’s wrong. That’s why they speak of 'choice' without ever mentioning what is being chosen. They’ll speak of the 'termination of a pregnancy' without saying what in fact is being done: the murder of a child. When a mother delivers her child, that also 'terminates a pregnancy,' but the end result is very different from that of an abortion."

Dr. John M. Haas, President of the National Catholic Bioethics Center and founding president of the International Institute for Culture.
Posted by DH at 1:46 PM