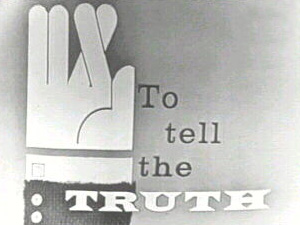 The huge banners which adorn Planned Parenthood's new "Abortion and Sexual Promiscuity Enablement Center" [my title for the place, one that is a heckuva lot more honest than theirs] all feature photos of people emblazoned with various captions purporting to tell visitors and passersby just what goes on inside the building.

The caption printed across the photograph of a thirty-something man reads, “Someone you know has a hard time talking to his daughter about um, stuff.”  The obvious implication is that Planned Parenthood is there to help parents effectively communicate with their children about sex.

But the fact is that Planned Parenthood only wants parental involvement if it leads to a green light for premarital sexual activity.  Both out of 1) ideological conviction (Margaret Sanger’s and Alfred Kinsey’s abhorrent sexual philosophies still dominate here) and 2) out of their undying lust for profits (PP wants more customers for their pills, condoms and eventually for their surgical abortions), the organization is delighted with parents who serve to encourage and enable their teenagers’ promiscuity.

However, if those parents want to send anything but the Planned Parenthood message to their kids, the organization wants them shut up completely.  Indeed, no group in the country has fought as hard and as dirty to keep legislatures from passing parental consent, even parental notification laws than Planned Parenthood.  And no group in the country has done more to marginalize parental involvement in sex education.  Whether it’s doing an end run around parents in school sex ed programs, or training kids to keep sexual activity secret from their parents, or even covering up statutory rape as several recent undercover investigations have revealed among Planned Parenthood offices around the country – the corporation doesn’t really want parents to talk about,  um, stuff at all. Unless they get their stuff from Planned Parenthood.

Again, more commentary on other Planned Parenthood banners next week.
Posted by DH at 12:39 PM