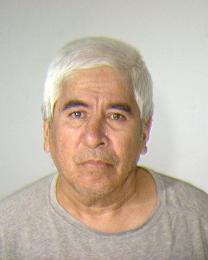 How many times is this happening?

The guy found passed out in a St. Paul bus shelter near the University of St. Thomas with a drained bottle of vodka in his coat pocket was not just any homeless drunk.

Mario Montalban-Ramirez, 61, was convicted of manslaughter in Illinois in 1982, convicted of murder in Texas in 1984 and sent back to his native Mexico three times -- in 1996, 1997 and 2003 -- for being in the United States illegally. He also has been a frequent customer in local jails, locked up for such offenses as DWI, theft, assault and being a fugitive from justice.

So how is it that Montalban-Ramirez, who often goes by the name of Oscar Yturria, has been able to spend much of the past two decades in Minnesota -- including several visits to jail since his last deportation?

Federal and local officials acknowledge that they don't know why...
Posted by DH at 12:26 PM