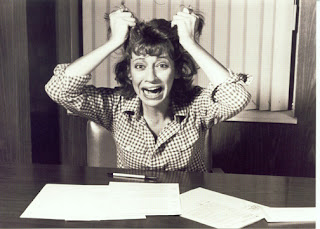 Sure, it's just another in a long series of outrageous lunacies from the ideologically-driven press, but it's a doozy nevertheless. Here from the blog, I Own the World:

According to the moonbats rewriting history for Time magazine, the sinking of the Lusitania, which helped bring the USA into World War I, does not qualify as one of the all-time top 10 clashes at sea. Neither does the sinking of the Bismarck, which was key to establishing Allied naval superiority in World War II. What does make the list is a publicity stunt by a pathetic collection of pro-terrorist moonbats calling themselves the “Freedom Flotilla.”

To give an idea of the level of progressive self-parody involved in the Freedom Flotilla, one of the ships was named after the martyred moonbat Rachel Corrie, who became Saint Pancake by standing in the way of an Israeli bulldozer whose driver had no way of seeing her as she agitated on behalf of Palestinian terrorists. [snip]

While violating a weapons blockade of the Gaza Strip, the maritime moonbats managed to goad Israeli security forces into killing nine of them. To call this one of the 10 greatest sea battles of all time is as absurd as the Flotsam Flotilla itself. Yet Time lists this at the very top, before Midway, before Trafalgar, before the defeat of the Spanish Armada. With the “mainstream” media, pushing a juvenile left-wing agenda always comes first.
Posted by DH at 12:16 PM