It's a Mad, Mad and Wicked World (A Round-up) 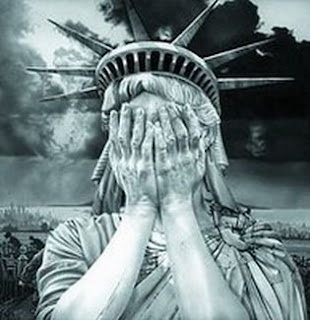 * From George Soros -- "Today China has not only a more vigorous economy, but actually a better functioning government than the United States."

* Yipes! Talk about Big Brother government! Senate Bill 510, the Food Safety Modernization Act, would put all food production (including your backyard garden) under the authority of the Department of Homeland Security. Among the far-reaching scope of this intrusive law, would be the criminalization of storing your own seeds and the surrender of ultimate control to the World Trade Organization. (1 and 2).

* From the euthanasia watch comes this item. New York Times writer Paul Krugman deridingly dismisses the talk of "death panels" by critics of ObamaCare and then proceeds to insist that "death panels" will be necessary to bring down medical costs for the rest of us! Check out the ABC videotape for proof of his hypocritical rant.

* San Francisco 49ers guard Chilo Rachal was demoted for last Sunday's game with the St. Louis Rams. The standout player was benched at the start of the game by outspoken Christian coach, Mike Singletary. And what was Rachal's offense? Drugs? DUI? Fighting? Gambling on the game? No, Rachal had missed two days of practice last week because of the birth of his son, Chilo Jr. So much for family values.

* As Democrats lined up to defend the intrusive search procedures employed by the TSA in American airports -- that's right; Democrats are defending these dangerous, indecent, and clearly unconstitutional search techniques -- Democrat Senator Claire McCaskill refered to the grope searches as getting a dose of "love pats." Dismissing the health dangers of the radioactive naked body scans, she mewed, "I'm wildly excited that I can walk through a machine instead of getting my dose of love pats."

* Victoria Kolakowski is, as far as we know, the first transgendered person in the United States to become a judge. She openly admits that her campaign (she barely won) stressed her championing of "diversity" as much as it touted her 20 years as a lawyer. She prides herself most on working "to break down barriers and blaze a trail in the legal profession" as when she married her wife, an editor at the Bay Area Reporter.
Posted by DH at 10:48 AM