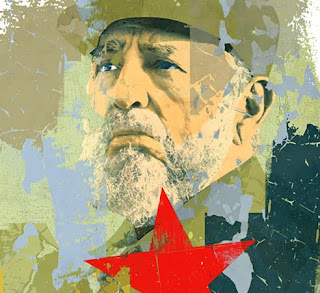 It's been 13 years since Cuba has enjoyed a meeting of the Cuban Communist Congress, that association which is supposed to be “the highest leading force of society and the State.” Most Cubans were not thrilled at the news. After all, the 5 previous Congresses had not changed anything. Cuba was still Cuba -- beautiful but irreparably soiled by Castro's ineffiecient, stifling and ugly brand of tyranny.

Still, there were a few (there will always be dreamers) who hoped that this time might finally be different, that this time there would be some meaningful social and civil rights reforms.

But when the booklet came out explaining the guidelines for the 6th Congress (to be held next April), there wasn't word one about these critical matters. The following comments come from Cuban blogger Yoani Sánchez:

...There is not a single mention of openings in the area of civil rights, nor of loosening the rigid political structure that holds us in its grip.

Nor is there any mention of eliminating the absurd restrictions on travel that prevent Cubans from freely entering and leaving our own country, much less the ability to form parties other than the one with the hammer and sickle, nor of a chance to vote in direct elections for the president.

The brochure only discusses issues of finance and productivity; civic conquests will have to wait or happen in parallel with the rigid framework of this document...

Although many of the economic proposals raised in this document head in the desired direction — of reform and opening — the fact is that neither the depth nor the speed at which these adjustments might be made is likely to calm the frustration of most Cubans.

The most heated issue of this party meeting seems to be the possible re-election of Fidel Castro as the eternal leader of the Cuban Communist Party, or his replacement by another figure, undoubtedly his younger brother who has already inherited the leadership of the nation. The expectations around this decision, however, were cut short by the announcement of a national conference — in parallel with the congress — where internal organizational issues will be discussed.

A date for this has not yet been set, but the planned conference removes all political decisions from the PCC Congress. Such that the real congress will not be the one that occurs in the spring of this coming year, but another, we don’t yet know when or where. What we do know is that there is no doubt that it will mark my life — our lives — with the same stubbornness and blindness of every other Party meeting since the year of my birth.
Posted by DH at 11:50 AM