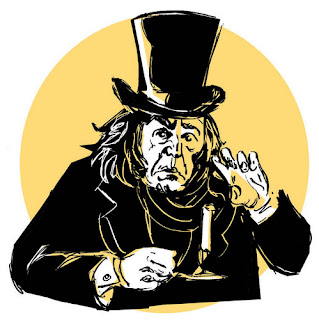 As the Christmas shopping season approaches, please keep in mind this heartless action of Mattel Toy Company. In their greedy paranoia, they sued Super Duper Publications, a provider of educational materials for children with autism and other communication disorders, for infringement of copyright. Why?

Because SDP used the words "Say" and "And Say" in some of its product lines. And that, Mattel argued, infringed upon two of the Mattel's toys, "See 'N Say" and "The Farmer Says."

But if Mattel demanding a monopoly on the word "say" isn't outrageous enough, consider that they convinced 4 numskull judges (trial court judge Henry Floyd and then U.S. Fourth Circuit Court of Appeals judges Dennis Shedd, G. Steven Agee, and Clyde Hamilton) to go along with this madness.

Furthermore, the ruling not only requires SDP to cease and desist "saying" the word "say;" SDP must 1) pay Mattel a million dollars, 2) pay nearly $2.7 million of Mattel's legal fees, and 3) destroy all of the SAY materials and advertising. That in itself will cost over a half million dollars.

Nonsense triumphs? Of course it does. But so does Waste and Meanness. For Mattel insists (and the judges agree) that these materials cannot be given away to kids with special needs. The materials must be destroyed.

It seems that the spirit, not of Santa Claus, but of the pre-repentant Ebeneezer Scrooge lives on in the Mattel Company.

"I believe it is a tragedy that Mattel brought this action against us and that the Courts have concluded that we must destroy our SAY special needs materials," said Thomas Webber, CEO of Super Duper. "We wanted to at least be able to donate these items to charity so children with autism and others who desperately need speech and language therapy products could benefit from using them. But Mattel and the Courts did not provide for this option in their orders..."

Super Duper registered these SAY trade names with the full approval of the U.S. Patent and Trademark Office. No one objected to these names until 2004, when Mattel opposed Super Duper's filing of a trademark application for the name SORT AND SAY on a line of magnetic educational board games.

Today, Super Duper provides children with autism and others with over 900 unique special needs educational items. It also has over 100 employees...

"We also disagreed with the court that we had diluted Mattel's trade names. The judges ruled the trade names SEE 'N SAY and THE FARMER SAYS were "famous" under dilution law. Everyone knows BARBIE is famous, but I don't think one person in a hundred can tell you what the SEE 'N SAY or THE FARMERS SAYS toys are."

Once again, a huge company which outsources most of its work to foreign nations, is assisted by the U.S. courts to severely damage an American business. And on the most ludicrous of legal arguments.

Super Duper Publications, is, by the way, appealing this most unjust decision. It's very existence as a company could be at stake.

In the meantime, however, Mattel should definitely be crossed off your Christmas list. Buy your kids and grandkids something from another company. And consider sending the company a Christmas card letting them know they made the "Naughty" list. (Mattel, Inc., 333 Continental Boulevard, El Segundo, CA 90245-5012)

Oh yes. One more item from this story has special relevance to the voters of South Carolina. For Mattel's lead attorney in this monstrous action is one Frank Holleman, the Democrat candidate for South Carolina Superintendent of Education.
Posted by DH at 10:39 AM