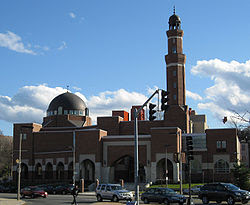 For years we’ve been told that there is no place for religion in schools. However, the more time that goes by, the more clearer it becomes that in actuality it’s really Christianity that’s been banned from schools. No more prayer, no more classes or Christian clubs, Christmas has been turned into a bad word, Jesus is only spoken as a slur, and the Bible is about as welcome as a porno magazine…probably less so. Since 1948 the modern idea of civil rights concerning Christianity has been such a one that the majority’s beliefs must be squashed in order not to offend a minority.

NYC bans the nativity scene at Christmas while allowing the Islam crescent to be front and center for Ramadan, we’ve seen teachers fired for reading their Bibles silently during Study Halls, kids who mention their faith during student speeches are shut down, coaches who start a game with a prayer for safety for the players are silenced and vilified. However, we’ve seen schools allow for extra breaks throughout the school day for Muslims who wish to pray. And yet, the mere words “Under God” in our pledge can cause ripples of horror.

It’s completely clear– the assault is not on religion- it’s on Christianity!

A new shock video circulating shows a middle school in Massachusetts taking a field trip to a mosque in which the children were being spoon fed the wondrous ideals of Islam. At one point, all of the females, children and teachers alike, were ushered out of the prayer room with some of the boys being led in a prayer, lying prostrate on the floor, buns in the air, to Allah.

Thankfully, one concerned mother attended the field trip and documented the entire experience through her own video camera...