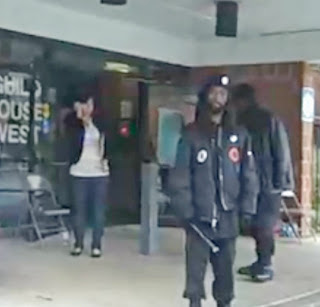 ...But the real whopper? DOJ’s claim — repeated over and over again — that career civil servants were wholly responsible for the spiking of the case.

Today we learn, from the Department’s own records, that this claim is demonstrably false.

The privilege log produced in the FOIA litigation contains stunning entries. They show regular discussions and deliberations between the highest political officials inside the DOJ, including the deputy attorney general and the associate attorney general, about what to do with the case. This contradicts numerous statements made to Congress, the Civil Rights Commission, and to the public...

Congress and the public have been told — for over a year — that the dismissal of the New Black Panther case resulted from nothing more than a dispute between lowly career civil servants. Lapdog reporters have repeated this lie, if they even covered the case at all. The documents uncovered by Judicial Watch expose the ruse...