So What Will the Republicans DO If They Win in November? 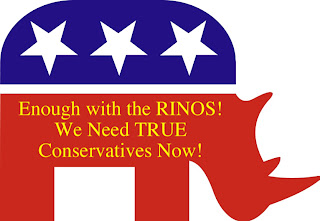 There's a lot of talk about the Republicans taking back the House of Representatives in the November elections. Though that seemed impossible a year ago, Team Obama and their Democrat pals in Congress have sickened voters with bailouts, boondoggles, outrageous overspending, ineptitude, arrogance, scandals, markedly un-American values, disregard for the protection of the citizenry, wheeling and dealing, lies, and blaming their every failure on George W. Bush.

The opinion polls certainly suggest that Democrats are truly in trouble.

But this begs two important questions? Will conservatives become overconfident, so much so that they fail to overcome the 11th-hour schemes hatched by Democrats and the leftist press? We can't let that happen. The next two months must see our most fervent prayers, our generous financial support of solid candidates and our hardest work to pass the word along. We must inform, mobilize and motivate. We must create a margin of victory wide enough to overcome the dirty tricks that will inevitably be played by Team Obama and company.

But there's another critical question to be answered, one that burns in the minds of conservatives who have so often seen the G.O.P. squander away the opportunities the voters give them.

Larry Kudlow puts the question like this, "What might a newly ascendant congressional Republican majority actually stand for?"

And then, in this fine article for National Review, Kudlow answers it by looking closely at John Boehner's speech at the City Club of Cleveland last week. It's good reading, providing an agenda that we need to make sure the Republicans get firmly behind.

Indeed, I'm suggesting not only that you read Kudlow's article but then that you also pass it along to those running on the Republican ticket in your area. Forward it to their e-mail addresses or send along a print copy to their offices.

And accompany it by a quick note of your own -- something that might sound like the one I'm sending along to "my" Republicans:

Are you really wanting to make a positive difference when you get (get back) to Washington? Or is it going to be G.O.P. business as usual, i.e.; moving deeper into the failed Nanny State but at a bit slower rate than that advocated by Democrats? We can't afford that any longer.

It's way past time to take America back; to begin a policy of paying as we go; to protecting our national interests, our borders, our children; and to start saying 'Nuts' to the globalists, the abortionists, the ACLU, the rogue states that take our money and give us back terrorism, and the editors of the New York Times.

No, we need genuine, consistent, bold, creative and hard-working conservatives in the Republican Party. Enough of the RINOs, Rockefellers and country-clubbers. We've enjoyed the tea parties and the rallies. But now we need a new agenda (the one John Boehner and Paul Ryan are laying out will do just fine to start with) and then get down to making America work again. What d'ya say?